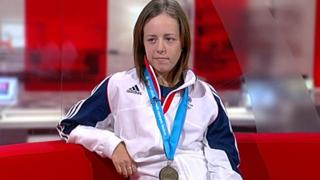 Hall, who was Great Britain's flag bearer at the festival, says she now intends to turn professional. The 16-year-old is currently ranked as the fourth best amateur in the world and also says she hopes to compete at the 2016 Rio Olympics.