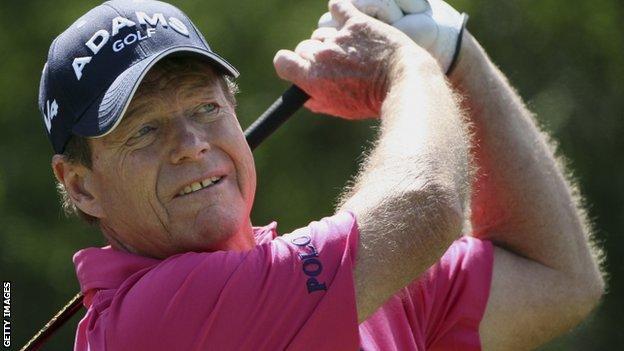 Tom Watson is being linked with a return to the United States Ryder Cup captaincy for 2014 at Gleneagles.

There is growing speculation in the States that Watson will succeed Davis Love as skipper.

Having won four of his five Open titles in Scotland he would prove a popular choice among European as well as American fans.

Watson, 63, was the last man to lead the US to an away victory when his team triumphed in at the Belfry in 1993.

Speaking at last week's Australian Open he said: "It would be a great honour if I was tapped on the shoulder.

The eight-time major winner would be a surprise choice given the PGA of America's policy of appointing major-winning players in their mid-to-late 40s.

David Toms was considered favourite to land the job of trying to improve a record of only two US wins in the last nine Ryder Cups.

"It's one of the highest honours in golf," the 45-year-old said. "I would hope at some point in time I would get that opportunity."

But reports in the United States suggest the 2001 PGA Champion has not been approached.