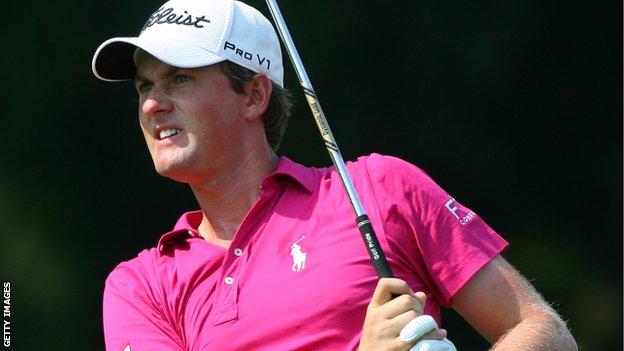 Reigning US Open champion Webb Simpson has officially withdrawn from next week's Open Championship because his wife is due to give birth in two weeks.

Simpson, 26, had indicated after his victory in San Francisco last month that he did not expect to compete at Royal Lytham & St Annes.

"I'm a guy who loves my family," said Simpson after winning the US Open.

"We're probably only going to have a couple more babies, so I have the rest of my life to play the British Open."

Simpson, the world number five, is the second reigning US Open champion to miss the Open Championship in recent years.

In 2008 Tiger Woods was unable to play at Royal Birkdale after he underwent reconstructive knee surgery immediately after his 14th major victory at Torrey Pines.

Simpson joins Australian Jason Day and 1998 winner Mark O'Meara in pulling out of next week's event.

Day's wife has just given birth, while O'Meara has not played since March because of a rib injury.