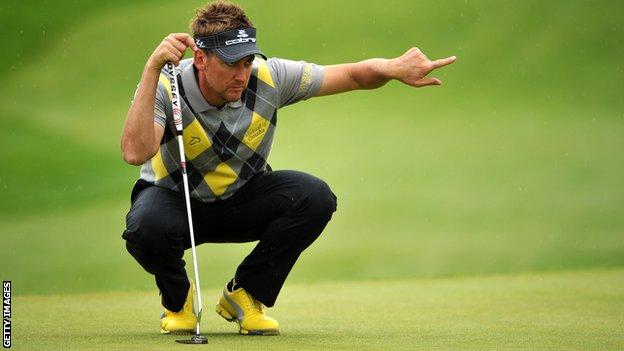 Siem carded a four-under par 67 on Sunday to finish eight under, one clear of Italian Francesco Molinari, who made a stunning 64 in his final round.

Poulter's poor finish meant a tie for fourth with fellow Englishmen David Lynn and David Howell on five under.

A birdie on the 16th had seen Poulter go level with Molinari and Sweden's Henrik Stenson on seven under before the mistakes crept into his game.

The victory for 31-year-old Siem was his first on the European Tour since the Dunhill Championship in South Africa eight years ago.

World number three Westwood climbed 18 places with a closing 70 after he had considered pulling out of the tournament on Saturday with knee and groin problems picked up after he slipped on the walk to the first tee.

"The leg is fine - it wasn't a problem today," he said after his final round before The Open at Royal Lytham and St Annes, which starts on 19 July.