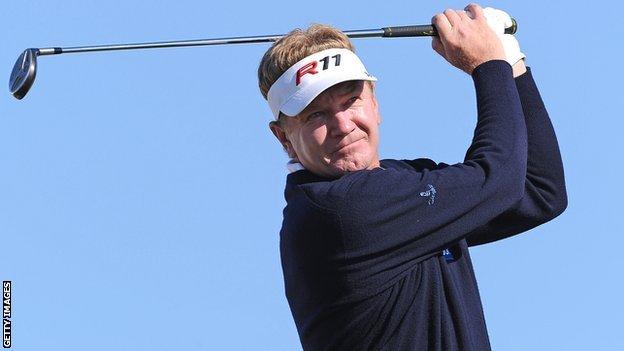 Broadhurst, 46, won the 36-hole final qualifying event at St Annes Old course with rounds of 70 and 67.

"I can't wait to play in The Open again," said Lane, who qualified with a chip-in eagle at the last.

Broadhurst, whose round of 63 at St Andrews in 1990 has still to be bettered in any major, said: "I'm going back to Tour school this autumn, but probably for the last time. All I'm trying to do is keep my game in shape for the Senior Tour."

Among those to miss out on the course, one of four in use to decide 12 qualifiers, were Bristol's Chris Wood - fifth in the 2008 Open as an amateur and then joint third the following year at Turnberry.

Liverpool's Nick Dougherty also missed out at the qualifying event at Southport and Ainsdale.