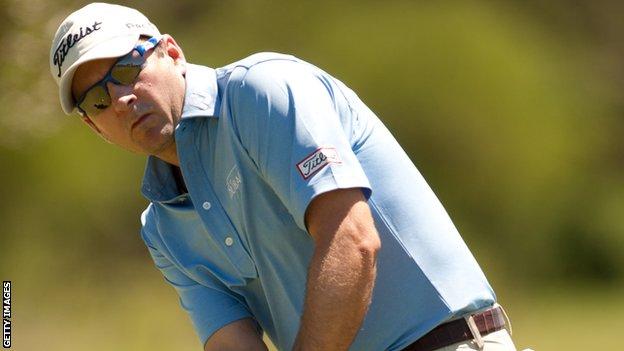 Curtis made a 22-foot par-saving putt at the 17th hole and then sank a birdie putt to record a level-par 72 and nine-under 279 total in San Antonio.

The result went right to the wire as they trailed Curtis by just one stroke heading to the 18th.

"It's been a tough couple of years," a teary Curtis said as he struggled for composure.

"Just played through it, that's all you can do."

Curtis, who won the Open in 2003, went into the tournament ranked 285th in the world after struggling over the last couple of years.

The win was his fourth PGA victory but first since he won twice in 2006.

A run of lacklustre results had lost him his full playing privileges on the US tour.