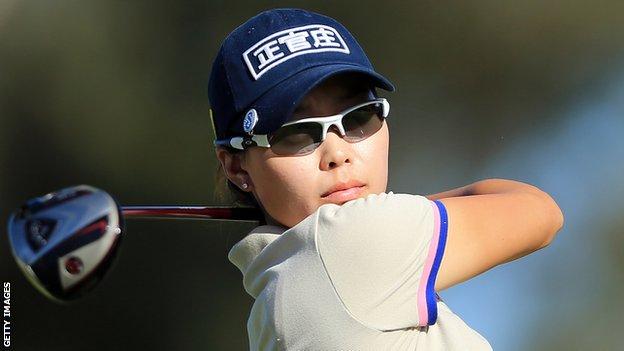 South Korea's Yoo Sun-young sunk a 15-foot put in the first hole in the sudden death play-off to lift the Kraft Nabisco Championship in California.

"I am speechless, I played pretty solid today," Yoo, who matched Kim's final round of three-under-par 69, said. "I was hoping today for some luck."

Catriona Matthew's four-under made her the top-placed Brit in tied 15th place.