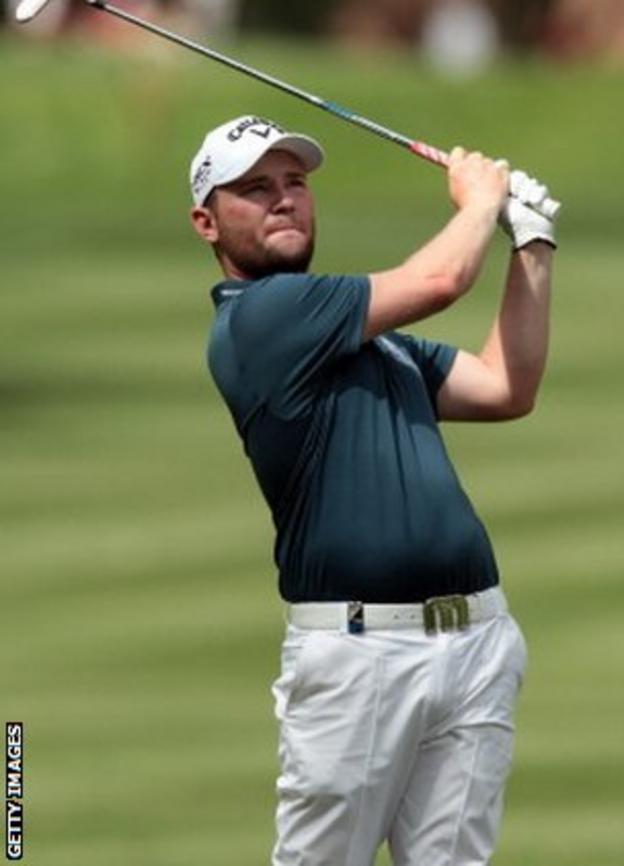 South African Branden Grace's progress in the first round of the Hassan Trophy in Morocco was hampered when he lost his ball in a bunker.

Grace found the greenside sand from his tee shot on the par-three 16th.

But, despite help from his caddy and his playing partners, the ball could not be found and was called lost after five minutes of frantic raking.

Grace, 23, was forced back to the tee, hitting his next shot to four feet, as he recovered to card only a bogey four.

The lost ball was part of an eventful round for the group containing Grace, Matteo Manassero and England's Robert Rock.

Rock, in need of a top-two finish in order to qualify for the Masters in April, had earlier racked up an 11 at the par-four fourth.

He finished the day on five over, while Grace was three shots better off.

Ireland's Damien McGrane fired eight birdies and an eagle to lead on seven under par, two shots ahead of Alejandro Canizares.

A group of seven other players, including English pair Graeme Storm and Kenneth Ferrie, Welshman Phillip Price and Scot Richie Ramsay, were a shot further back.