Warning: This article contains information which may be triggering for those with eating disorders.

Eating Disorders Awareness Week runs from 25 February until 3 March, and to mark it we present a real story of a girl who had anorexia for years before transitioning to a healthy lifestyle inspired by yoga.

India Hewitt was a fashion-obsessed teenager who wanted to work in that glamorous industry. She followed the media closely as she sought inspiration for a future career.

Unfortunately, these images did plant a seed in India's young mind of what she should look like if she wanted to achieve her goal. What began as controlled eating descended into anorexia, anxiety and body dysmorphia.

"I felt pressure from fashion, the media, my peers, I just felt surrounded by that pressure and it became my life, rather than a part of my life," she says.

Finding people to talk to about anorexia is important

"It's a cliché, but the influence of the images of size-zero models can be very negative."

By 17 years old the obsession with body weight had reached a point at which India was not healthy enough to leave home to take up a place at Westminster University.

'Yoga for the wrong reasons'

A year later, India's place at Westminster was no longer an option, so she went to Manchester instead. She was now away from her parents on her own and her condition spiralled out of control.

She had always participated in yoga with her mother while growing up, but she found a new form of yoga that exacerbated the problem.

"I started doing yoga four or five times a week as I found hot yoga classes, which I joined for completely the wrong reasons - it is a form of yoga in a sauna where you burn a shed-load of calories," she explains.

The damage to India's body by this point was highly visible as the outward symptoms of malnutrition became evident.

"Everything you can imagine began to go wrong.

"My hair fell out, my skin was terrible, I was anaemic, I had sores from exposed bones and I developed insomnia."

India's best friend was alarmed and managed to persuade her to visit a doctor.

"I told the GP I was eating enough and I was losing weight but didn't know why," India says.

"I was diagnosed with gluten intolerance and told to stop eating bread.

"I was so well versed in lying by that point that I knew exactly what to say to disguise anorexia, and gluten intolerance was a great excuse to avoid eating."

'Realising I had a problem'

As India became more engrossed in yoga, she began to notice her progression in mastering certain poses lagging behind others in her classes, as weakness and fatigue from lack of nutrition limited her improvement.

The philosophy of yoga was now also starting to "peck away" at India's mind, and she became "more in touch with the emotional side of yoga".

The concept of 'ahimsa' (Sanskrit) - which loosely translates as the total and complete absence of violence or harm from one's mind, body and spirit - forced India to deeply reflect on herself.

"When I was practising yoga alone, and there were no distractions and nothing to hide behind, I would think about how I was doing completely the opposite to my body of everything that yoga stands for.

"I realised I had a problem." 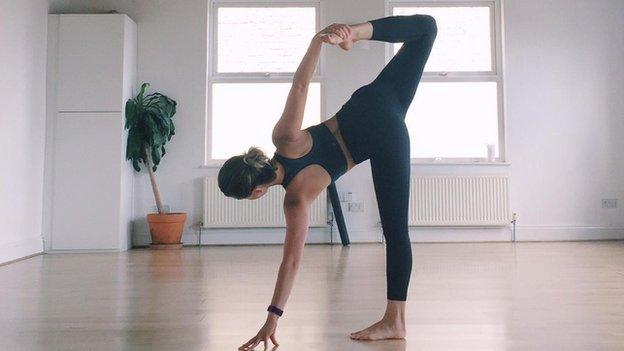 'Coming out the other side'

There was a yoga teacher India looked up to who inspired her to become a yoga teacher herself and, on that course, there was an older girl who had overcome anorexia through her yoga journey.

"Essentially yoga is about uniting your body and your mind, and it didn't resonate with me immediately," India says.

"But in the back of my mind it was a weight off to know other people had been through it and come out the other side.

"As my yoga teacher training journey progressed it began to take hold that if you're going to teach this to people, you can't honestly stand there and then go home and starve yourself." 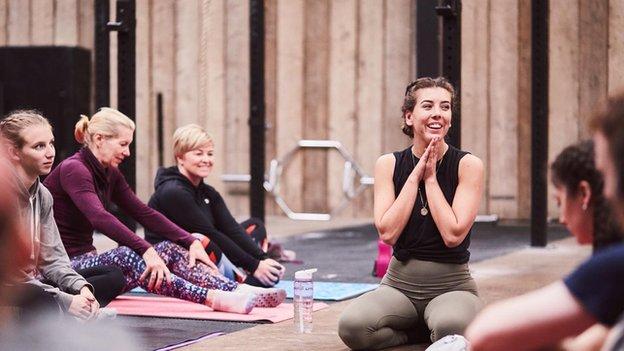 'Yoga as curse and salvation'

The experience of overcoming anorexia and anxiety has equipped India to be a more compassionate yoga trainer.

"There have been quite a few students that have come back to me after a year or so to say, 'I first came because of anxiety or stress and your sessions became a safe-haven for me to move to a better place emotionally'.

"If a student came to me now seeking advice for anorexia, I'd encourage them to stay in yoga but also to seek other avenues of help.

"It is important not to channel your energies into one place as anorexia is an obsessive disorder, so replacing one obsession with another isn't healthy.

"That was what I did and it made things worse before making me better in the long term, but I think I could still be struggling with those issues if it wasn't for yoga.

"It was like a short-term curse but then my long-term salvation.

"Finding people to talk to about anorexia who aren't family members that might not necessarily understand the condition is important - whether it be a close friend, a teacher or a counsellor with experience in eating disorders." 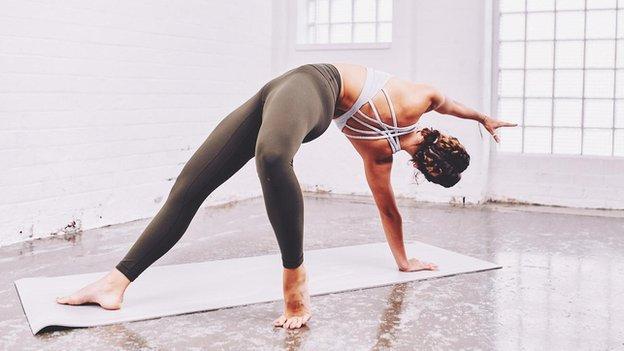 Note: For help and advice please visit your doctor and/or one of the links listed below.