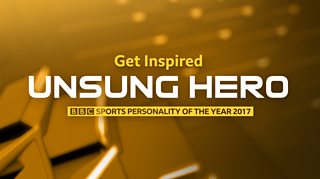 London 2012 Olympic bronze medallist Kristian Thomas was part of the panel as the BBC Get Inspired Unsung Hero 2017 overall winner was chosen.

The ex-gymnast was joined by former Olympic champion athlete Darren Campbell and wheelchair tennis player Louise Hunt, who is a two-time Paralympian.

A panel of seven chose from 15 regional Unsung Hero Award winners. Regional winners will be announced on the Get Inspired website throughout December.

The overall winner will be announced at the BBC Sports Personality of Year 2017 awards on Sunday 17 December, live on BBC One, Radio 5 live and the BBC Sport website.