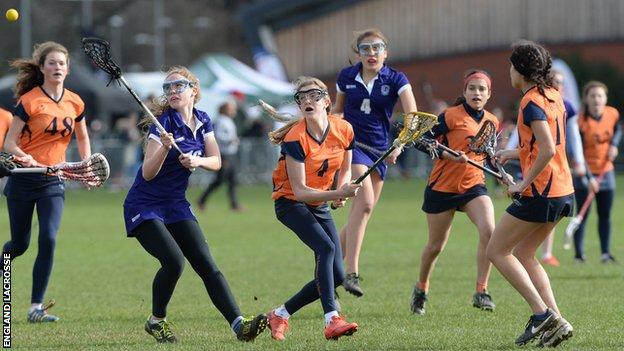 Find your nearest lacrosse club in England,Scotland,Wales and Northern Ireland.

What to expect when I start

Are you inspired to try lacrosse? Or maybe you are a keen enthusiast already? Get in touch and tell us your experience of the activity by tweeting us on @bbcgetinspired, visiting us on Facebook or email us on getinspired@bbc.co.uk.