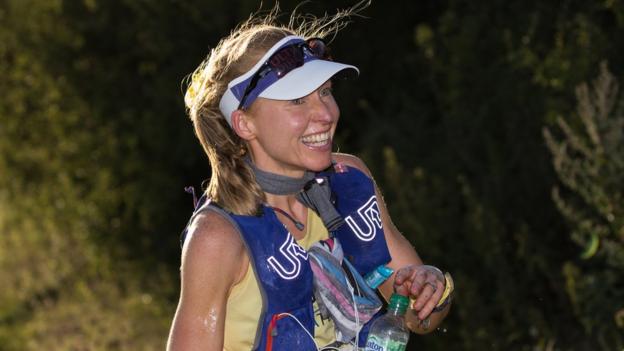 When Debbie Martin-Consani tried a 10k in her 20s, she unwittingly started a journey that would culminate in her running for the GB ultra distance team.

The 41-year-old, who lives in Glasgow, explains how she manages to achieve the seemingly impossible.

These are her ten tips on how to run ultra distances.

1. Believe you can be the one to push boundaries

As a species, humans will always push themselves to find new barriers to overcome.

I couldn't run for a minute when I first started training. The idea of running for six miles was just terrifying. A couple of years later I did a marathon!

Then when I was walking the West Highland Way with friends over seven days, we heard about people who were running it in one go. I thought: "That's not even possible!"

At the time I didn't think it was possible for people to run further than a marathon, let alone for me to be doing that in a few years time.

I wildly underestimated it! I was broken by the end, but I was pretty much hooked from there on in.

I think it boils down to being organised, committed, and motivated to do it.

You can get quite caught up in other things if you don't set aside a specific time to run.

I don't see it as a chore, I see running as a joy and a privilege. For me, running is escapism.

3. Start a race at an effort level you can sustain

I know I have to start in a zone that's comfortable for me, without getting caught up in everyone else's excitement.

When you start a race you could run faster than you normally would and it feels fine because you've got that adrenalin pumping.

I try to start a race at an effort level I can sustain for the whole race.

4. Learn to control your emotions

It's all too easy to get stressed about the things you can't control.

It might be that it's too hot, too windy, too wet, or the ground might be too muddy, or others are going off faster than you. 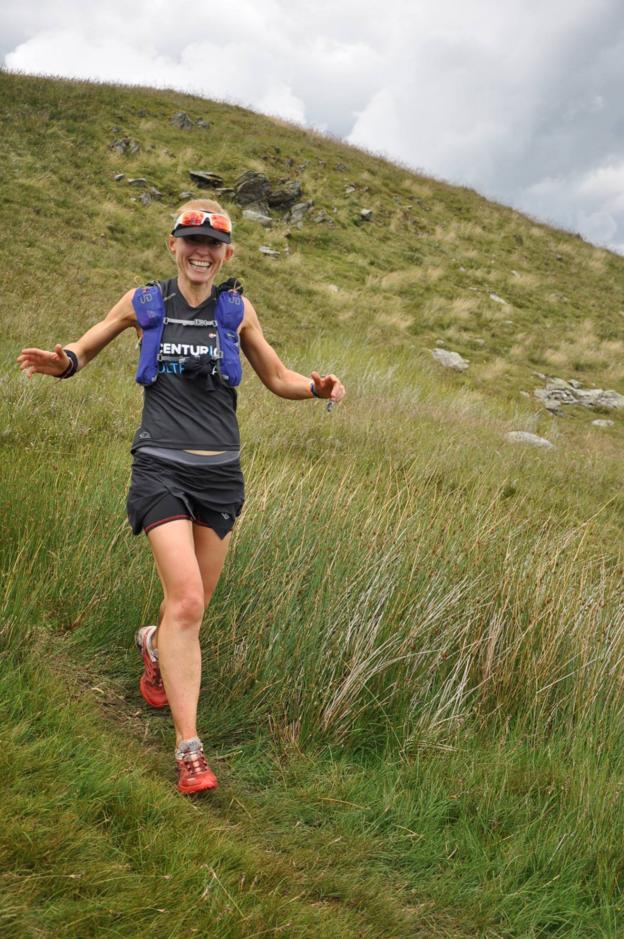 5. Break the race up into sections

I try to stay in the moment. I think about the next hour, the next checkpoint, then depending on the distance you could be breaking it up between sunset and sunrise.

Sometimes I think I'm going to run for eight hours and then I'm going to get my iPod, so that's something to look forward to.

It's a long way, so if you start thinking about what's ahead of you then you'll probably go a little bit nuts.

Running 100 miles is a long way and anything could happen.

I make sure I've got enough food and drink in my pack - salts, electrolytes, [energy] gels, plasters... I pack for every eventuality!

7. Know that you'll get through the tough times

I know I'm going to hit some really dark stages. But then you put on some music, or see sunrise, or you sort out something your body is lacking.

Experience has taught me that although I'll hit some really low points, I'll come out the other side.

It's a rollercoaster - you'll put yourself through a lot just to finish races.

8. Be an animal whisperer!

I'm terrified of cows. I was training for the West Highland Fling and these cows charged at me.

When I did a recent race in Greece there were a lot of feral dogs, so there's been a lot of getting chased!

You've got to watch you feet, but sometimes it's nice to take a moment to look at the view behind you. You could be missing rainbows, waterfalls, deer.

I've been in some amazing places, which were breathtaking.

10. Make amazing memories with your friends

The camaraderie in ultra distance running is amazing. There is a large community.

The experience of finishing a race with your friends after being out in some of the most beautiful places - it's hard to put into words really.

For more information about getting into running take a look at the Get Inspired guide.