The festival starts on Saturday with a mass-participation one-mile open water swim across the famous lake, with 4,500 people expected to take part.

Then, on Sunday, the British Open Water Swimming Championships take place, including an elite invitation race.

Joining the swimming on both days will be Rio 2016 Olympian Jack Burnell and BBC Breakfast's Louise Minchin.

Get Inspired takes a look at the journey of four of the first-timers.

'It was a long time ago but you never forget' 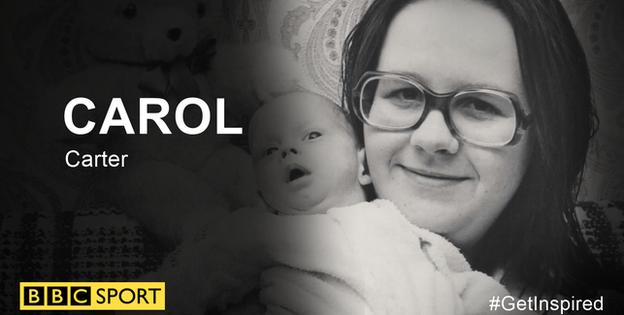 Swim motivation: It may have been 40 years ago but Carol Carter has never forgotten the joy and terror of giving birth to her son Mark, who was born 13 weeks premature.

He weighed just 1lb 13oz, and staff at West Middlesex Hospital didn't think he would survive.

Now, nearly four decades, later Mark is a healthy father and grandfather. He is also the inspiration for Carol to take on the Swim Serpentine and raise money for the charity that helped her.

Carol says: "It was a long time ago but it's not something you forget. I don't know why he came so early and he was just so small when he was born.

"I remember him being wrapped up in silver foil and whisked away. It was hard because I couldn't hold him or touch him and he was in hospital for three months. But the doctors and nurses saved his life and I'll be forever grateful. That's why I'm happy to be swimming for Tommy's.

"I was quite a good swimmer when I was younger but after I got married and had children I didn't swim for quite a long time. Then, two years ago, I joined a gym and started building up the lengths in the outdoor swimming pool.

"Open-water swimming really is special. I don't think once you have done it you go back to an indoor pool. The other morning I was out early in the morning with the sun shining overhead, there were ducks around and geese flying overhead. It was amazing." 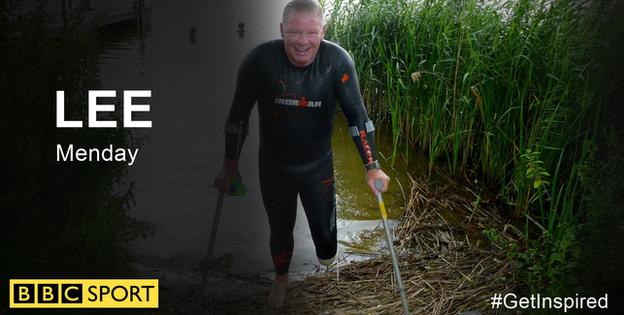 Swim motivation: In 1984, Lee Menday was badly injured in the Falklands while serving in the Royal Navy. The injury left him in constant pain and resulted in surgery to have his lower leg amputated.

Now, at the age of 57, Lee is preparing for the Swim Serpentine, to give back to a charity who have supported him throughout.

Lee says: "It was hard at times. Physical training was the whole of my life. As part of my job in the Navy, I organised sports on my ship and on other ships. I enjoyed my career but the injury ended that.

"After my last operation I knew the place to be to start my rehabilitation was the pool. I got to the point with my swimming where I started to see progress and then I wanted to take it further - that's when Swim Serpentine came along.

"To now be in a situation where I can raise money for a charity like Blesma is great. If there has ever been an issue during my injury, the charity has been there to help and look after me." 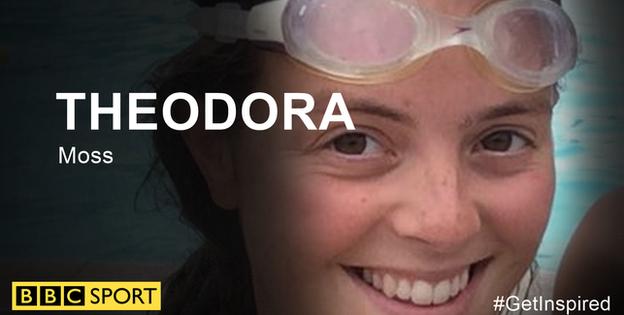 Swim motivation: When 24-year-old Theodora Moss found out two years ago that she had Stage 2 Lymphoma it had a big impact on her life and her love for swimming.

Studying at medical school at the time, Theodora had chemotherapy while maintaining her studies. Because of her weakened immune system, she was not allowed to swim in public pools, but then found open-water swimming.

Theodora says: "As I lay in my student flat hearing friends come crashing in at 4am, I felt defeated by the injustice of it all. I simply could not believe this was happening to me.

"As my treatment came to an end and the spring arrived, I discovered the wonder of wild, open-water swimming. There were none of the coughs and colds I had to be wary of in public pools. Diving into a clear Yorkshire river I have never felt more alive.

"Every inch of my skin tingled and as the water flowed past I felt the worries wash away with it. That summer I swam as much outside as I could, from the Yorkshire Dales to Tooting Lido and the Cornish coast, and so was born a new obsession.

'She is my inspiration' 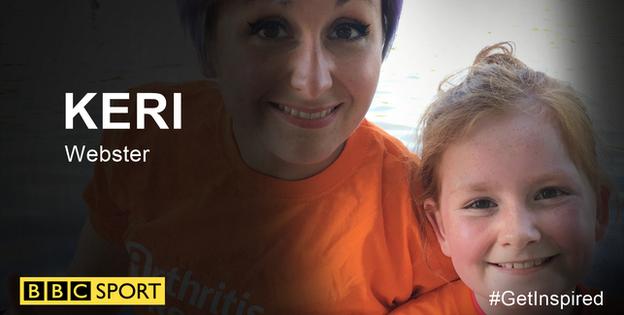 Swim motivation: For 10-year-old Mae Webster, life has not been easy. At the age of two she was diagnosed with juvenile idiopathic arthritis and has spent years on medication to try to keep the condition in check.

Mae had been making a steady progress until she had a relapse this year. That spurred 33-year-old mum Keri to take on the challenge of Swim Serpentine.

Keri says: "Mae had a flare-up earlier this year and ended up back in hospital. It was then that I decided to do something. I knew I had to do something positive to help children like her, who live with this incredibly painful and debilitating condition on a daily basis.

"Mae has been really supportive of me since I started training and she has found it quite inspiring. But to me, Mae is the real inspiration. She is so strong.

"Everyone pictures childhood as running and jumping around without any problems but Mae can't do these things without being in pain.

"Arthritis is hard to understand - not just the fact that you can get it at any age, but the fact that it is often a lifelong and very invisible condition.

"Arthritis Research UK has been an invaluable source of information for us. That's why I am honoured to be raising funds for the charity, and raising awareness."

Get yourself out in the water. Take a look at our guide to getting into swimming to find out where to start.