From a 60-year-old birthday boy to a cancer survivor, there are many inspirational stories of those who are preparing to ride around the capital this weekend.

The Prudential RideLondon 100 starts in Queen Elizabeth Olympic Park, goes out through London to Surrey before finishing in spectacular style on The Mall in front of Buckingham Palace.

Meet the faces donning their cycle kit as Get Inspired takes a closer look at the experience of five newcomers about to take on the London course. 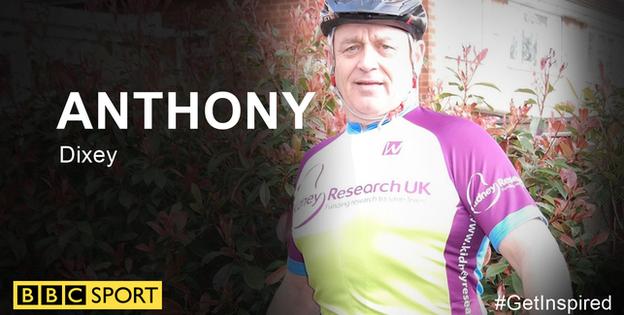 'I am doing this to make a difference'

Cycling motivation: Birthday boy Anthony will celebrate his 60th when he takes to the tarmac this weekend. But it won't be just celebrations in his thoughts: his grandson Noah suffers from the genetic disorder Alagille syndrome which affects the liver, heart and kidneys. One of the major features of the syndrome is liver damage caused by abnormalities in the bile ducts.

Anthony says: "Noah needs many medications every day as his organs do not do what they should. He has fought every day of his life and the outlook is not bright, but the family get on with their life."

"My son and his beautiful family are amazing. They make me very proud and I am doing this to make a difference. All the monies raised will go straight to Kidney Research UK, helping to fund research." 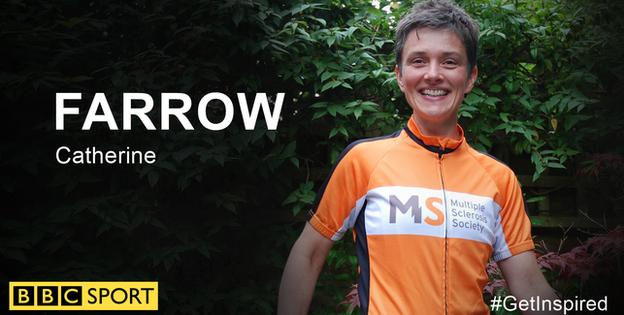 'I am truly riding to beat MS in every sense.'

Cycling motivation: Catherine Farrow was diagnosed with multiple sclerosis three years ago and this year is taking on her first RideLondon event after being inspired by her husband Jason who took part last year. MS affects more than 100,000 people in the UK and is particularly prevalent in women. It cannot be cured but there are treatments and specialists that can help to manage the condition and its symptoms.

Catherine says: "I took up road cycling after my diagnosis to get fit and this year is my first sportive. Jason is helping me train and will be riding with me on the day. It was such a great atmosphere in London last year when I went to watch and support Jason that I really wanted to take part this year.

"I am truly riding to beat MS in every sense. We are delighted to be able to help raise funds for the MS Society and together we can beat MS." 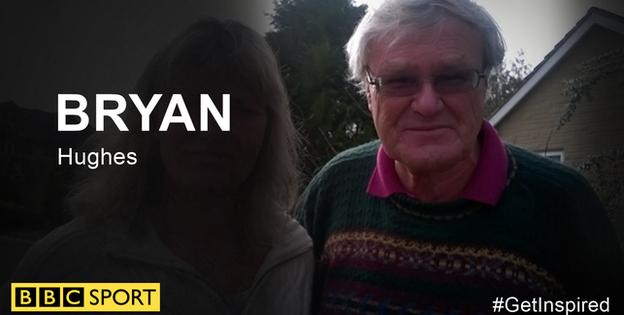 'At 72 I am quite apprehensive'

Cycling motivation: Having overcome cancer himself, Bryan was left shattered when his daughter was diagnosed with breast cancer in January 2016. A veteran of six London Marathons, he decided to enter to raise money and encourage Cathy's positive attitude throughout her ordeal.

Cathy, who represented Great Britain at Triathlon in two world championships in the 1990s, has lent her dad the bike she used whilst competing for her country.

Bryan says: "My wife and I were devastated. [We were] faced with a sense of helplessness. Apart from supporting Cathy's husband and two young children, I decided the only thing I could do would be to get on my bike.

"I'm finding that my fundraising efforts are proving to be a tremendous boost to Cathy as she undergoes the difficult stages of her chemotherapy and faces the uncertainty of what type of surgery will follow.

"At 72 I am quite apprehensive, but I shall take inspiration from riding on the bike that Cathy used for her two world championships. I'm looking forward to letting the bike take the strain!" 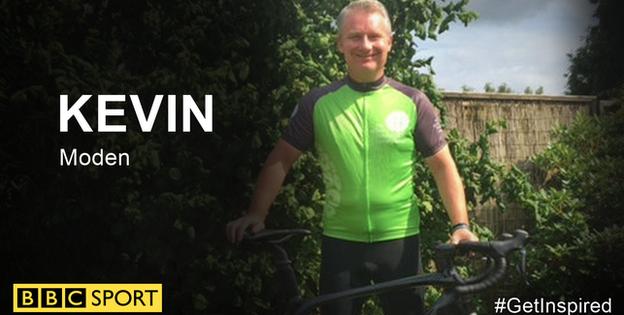 'I'm very proud to ride, as a year ago I wasn't sure where I would be'

Cycling motivation: Kevin decided to take up cycling to get fit after being diagnosed with stage three melanoma, a form of skin cancer, in 2015. He has been undergoing regular treatment at The Royal Marsden, in London. As part of his treatment he has agreed to take part in a medical trial examining the effects of immunotherapy, a type of cancer treatment designed to boost the body's natural defences to fight cancer.

Kevin says: "I've really got the bug for cycling. I wanted to show my appreciation to all the wonderful staff at the Royal Marsden who I believe not only saved my life but helped me to improve my life more than I could have ever expected."

"My cancer experience has been, and continues to be, positive. This is not just down to the treatment, it is down to the fantastic people at the Royal Marsden, particularly the West Wing medical trial team and my trial nurse Carla. I am very proud to be able to ride as a year ago I wasn't sure where I would be." 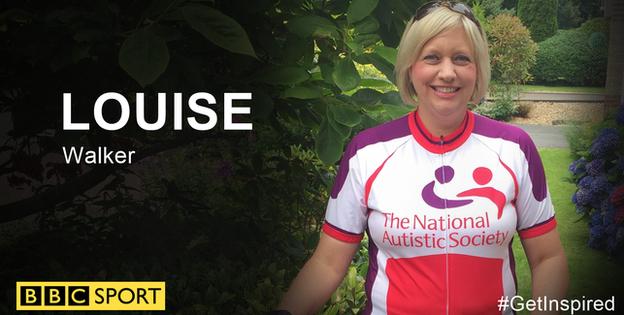 'I am determined to make it on the day!'

Cycling motivation: Louise is taking part in her first 100 mile ride to raise money for the National Autistic Society after her son Dominic was diagnosed with Autistic Spectrum Disorder (ASD) aged four.

Throughout the hardest times for the Walker family, the National Autistic Society has been a source of support, guidance and information, helping them to deal with the challenges they and Dom face each day living with autism. Signing up to ride is Louise's way of saying thank you.

Louise says: "If you had told me 10 years ago that Dom would pass five GSCEs I would have laughed in your face. He is a remarkable young man."

"The NAS has given us so much help and support over the years, so in my slightly emotional state I signed up for the ride. I might be regretting that now but I am training hard. There is much hard work ahead but, with the help and support of my family, I am determined to make it on the day!"

COVERAGE: Watch more inspirational stories in the coverage of Ride London 2016 and on the BBC Sport website, on 30-31 July - and don't forget to send us your stories and pictures on social media using the hashtag #RideLondon.

Inspired to get back on your bike? Take a look at this handy guide to find ways to get into cycling.