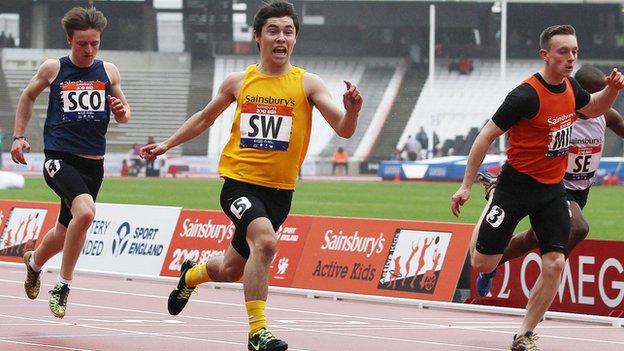 The nation's most talented young sport stars will gather in Sheffield from 12-15 September to take part in the 2013 School Games.

The athletes, representing England, Scotland, Wales and Northern Ireland, will compete at some of Sheffield's great sporting venues, including Don Valley Stadium, which will host an event for the final time before being demolished.

Thousands of spectators are expected to attend the event, which will start with an opening ceremony on Thursday 12 September at the Motorpoint Arena.

The event organisers, the Youth Sport Trust, aim to give the participants the full elite experience, with everything from an Olympic village for them to stay in during the tournament, to an insight into elite athlete drug testing with UK Anti-Doping.

The School Games have been going since 2006 and in that time some of the country's greatest athletes have competed, including London 2012 gold medallists Hannah Cockroft and Jonnie Peacock.

If the thought of competing at the School Games has inspired you to take up a new sport, check the Get Inspired website for information on how you can get active.