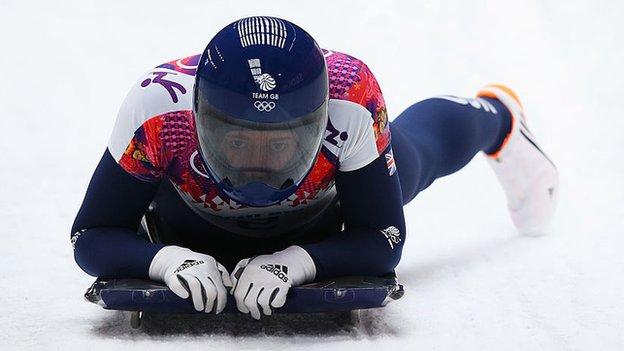 Imagine controlling your body down the chute at speeds you shouldn't reach on a motorway, with only plastic or fibreglass sled - and a helmet - for protection.

Sound crazy? Of course. But if crazy is what you're after, then sled sports could be for you.

With skeleton, bobsleigh and luge to choose from - the difference in which we'll explain below - you'll have some decisions to make.

But whichever you go for, you'll be sure to receive a G-force-driven workout and an adrenaline rush that has few equals in sport. 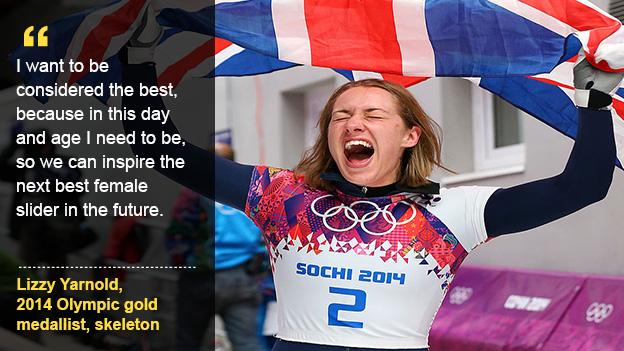 Lizzy Yarnold followed her 2014 Olympic success with a World Championship triumph in 2015.

Skeleton is a true daredevil sport. Competitors plummet head-first down a steep track at speeds of 80mph in what is considered the world's first sliding sport.

Britain has had substantial recent success in the sport, with Amy Williams and Lizzy Yarnold securing golds in successive Winter Olympics, 2010 and 2014 respectively.

The UK does not possess its own skeleton track - the same goes for luge and bobsleigh too - but the University of Bath has a small start-track often used by skeleton and bobsleigh athletes for training purposes.

The British Bobsleigh and Skeleton Association offers a membership package that gives members the chance to try the sport and compete at the British Championships. There are also regular Talent ID days if you think you have what it takes.

Brought to a wider audience by the riotous Disney film Cool Runnings - which tells the true story of Jamaica entering a bobsleigh team in the 1988 Winter Olympics - this sport is perfect for thrill-seekers who like working in a team.

Teams of two or four push the sled to the start line, jump in and speed down the track, with emphasis placed on a fast start to such an extent that 100m sprinters often convert to bobsleigh.

The luge, which translates as 'sled', sees competitors travelling feet-first down an icy track at up to 85mph - with only a helmet for protection.

The competitor lies on a pod made of moulded fibreglass, designed to match the contours of the slider. There are no brakes. To slow down, the slider drags their feet along the ice.

Other than the University of Bath facilities, Chill Factor-e in Manchester offers a taster session, although it is far removed from the Olympic event. Contact the Great British Luge Association for more details.

World Cup para-events are already held in bobsleigh and skeleton, with a view to the sports being introduced to the Winter Paralympics by 2022.

Find out about the British Bobsleigh and Skeleton Association's opportunities for para-athletes here.

Men's skeleton was first introduced as an Olympic sport in 1928 and then again in 1948. It became a permanent fixture in 2002 ahead of the Salt Lake City Games, at which point the women's event also gained Olympic status.

The danger inherent in hurtling down an icy slope at breakneck speed means that the full versions of these sports may not be ideal for youngsters - but that doesn't mean your kids can't get involved early.

Manchester's Chill Factor-e offers an introduction to luge your children, which in turn teaches transferable skills if your child fancies skeleton or bobsleigh. Speed and strength can be honed off the ice.

Contact the British Bobsleigh and Skeleton Association or the Great British Luge Association to find out more.

Are you inspired to try sled sports? Or maybe you are a keen enthusiast already? Get in touch and tell us your experience of the game by tweeting us on @bbcgetinspired, visiting us on Facebook or email us on getinspired@bbc.co.uk.