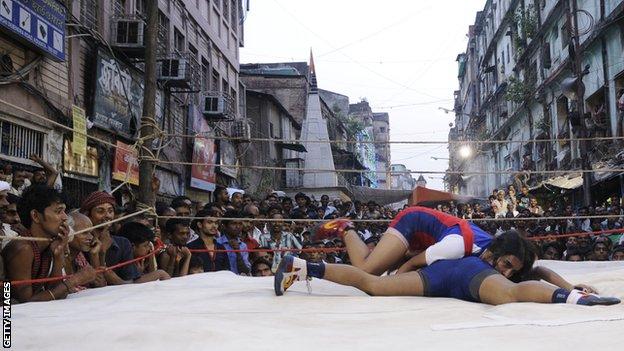 When people hear wrestling, most think of the glamour extravaganza of WWE, but it is a sport steeped in Olympic heritage, and one of just two still limited to amateur competitors at the elite level.

Greco-Roman wrestling appeared in the first modern games in 1896, and it was joined by Freestyle wrestling in 1904. The aim of the game is to pin your opponent to the mat, and though it requires massive strength and fitness at the highest level, it can be a lot of fun.

While Britain has never won an Olympic medal in the Greco-Roman, there are plenty of options for people to get involved in the sport from the grassroots up, with clubs littering the country. 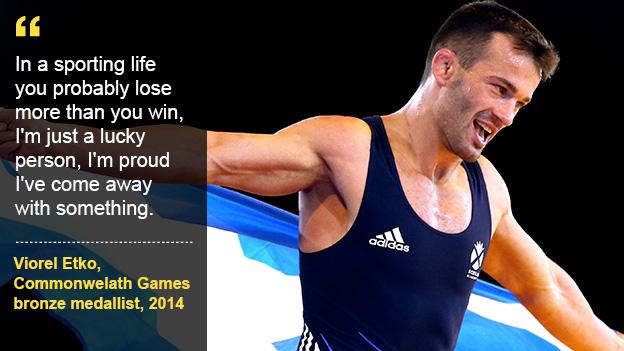 Viorel Etko won Scotland's first medal in wrestling for 20 years in his home games in Glasgow.

Different from other forms of wrestling in that it forbids holds below the waist, Greco-Roman pits two athletes against each other in three two-minute rounds.

Olga Butkevych was Great Britain's sole representative in all forms of wrestling in the London Olympics, finishing 11th in the Greco-Roman discipline.

British Wrestling is the governing body for the sport, with Greco-Roman taught and practised across the country. Use their find a club page to get started.

Freestyle wrestling allows the use of leg holds, and combines traditional wrestling styles with judo and sambo techniques.

The style has its roots in Great Britain, with it resembling catch wrestling, first introduced by JG Chambers in 1870.

Britain have seen far more Olympic success in the discipline, winning three golds and 17 medals since 1904.

There are a number of ways to score points in Freestyle wrestling, but as in Greco-Roman, the ultimate aim is to pin your opponents shoulders to the mat.

Simple forms of wrestling are available from young ages, such as early tag wrestling, which can lead to competitive structures.

Many competitions are team-based, meaning wrestling is an excellent way to develop communication skills and learn to work effectively with other people as you train in groups. Clubs also offer a variety of social events beyond simply playing the sport.

There are currently more than 40 wrestling clubs in the United Kingdom, and club secretaries and coaches will be able to tell you training times suitable to your age and ability, as well as what you will need to wear when you get there.

GB Wrestling actively welcome those with disabilities getting involved with the sport and have a number of facilities set up around the country to just that.

Contact your local club to find out what opportunities may be available for you.

Despite its name, Greco-Roman wrestling has little to do with classical civilisation, and is actually thought to have had its name coined by a Napoleonic soldier called Jean Exbrayat.

For those interested in coaching, British Wrestling aim to have an "efficient and impressive coach education system" which "will benefit coaches and ultimately produce world class athletes". For more information on courses near you click here.

Are you inspired to try wrestling? Or maybe you are a keen enthusiast already? Get in touch and tell us your experience of the activity by tweeting us on @bbcgetinspired, visiting us on Facebook or email us on getinspired@bbc.co.uk.