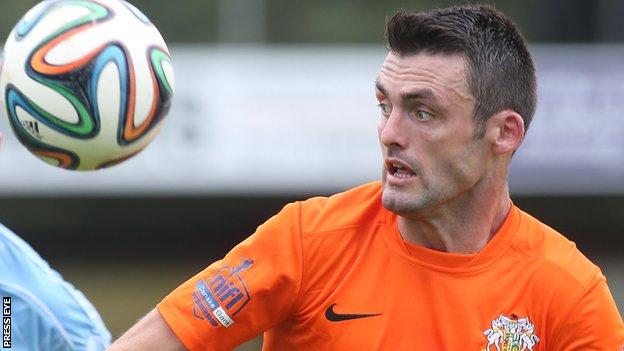 Eoin Bradley is back in the Derry panel after missing the 2014 campaign because of soccer commitments.

The Glenullin forward will continue to play for Irish League side Glenavon and attempt to accommodate both sports.

"Eoin is in full training with Derry and will be available for selection from the start of the National League," said Oak Leaf boss Brian McIver.

It is a surprise return for Bradley, who starred for Glenullin in this year's Derry club championship.

Bradley scored for Glenavon in Saturday's derby against Portadown before playing in the fundraising 'Game for Anto' at Ravenhill just hours later.

McIlver, who said last year that Bradley could not combine GAA and soccer, will be particularly keen to have the 30-year-old available for next year's Ulster Championship.

The Oak Leaf side take on Down on 7 June, which rules out a clash with Irish League fixtures.

Bradley's last appearance in a Derry jersey came back in 2012 in an All-Ireland qualifier defeat by Cavan.

Meanwhile, McIver's son Brian has left the Derry backroom team to become manager of Down club Kilcoo, although he will remain in charge of the U21s for their championship campaign.