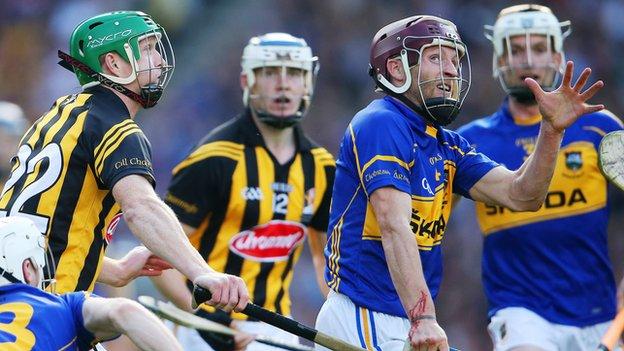 The All-Ireland hurling final ended in a draw for the third year in a row as Tipperary came back to force a replay against Kilkenny at Croke Park.

Tipperary, who missed two penalties, came from four points down to finish on 1-28 to Kilkenny's 3-22.

The replay will be at the same Dublin venue on Saturday, 27 September.

Richie Power (2) and TJ Reid scored Kilkenny's goals with Patrick Maher finding the net for Tipp in a final played in front of 82,179 spectators.

John O'Dwyer, who landed seven points, almost snatched victory for Tipperary in stoppage-time with a free from inside his own half.

Hawk-Eye had to be deployed before it was deemed that the huge 97-metre effort into the Canal End had drifted wide.