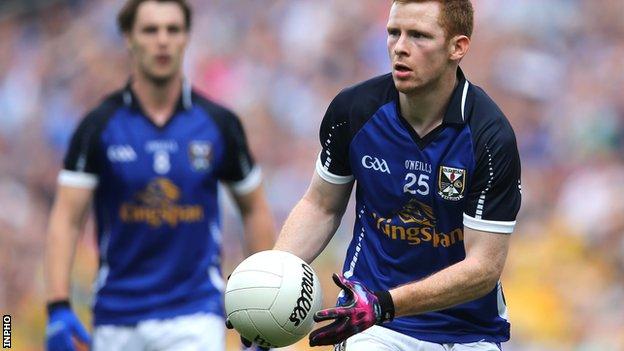 Cavan maintained their challenge for promotion from Division Three with victory over Sligo at Breffni Park.

Geraoid McKiernan scored the opening two points for Cavan in a tight first half which ended with the visitors leading 0-5 to 0-4.

Sligo edged further ahead before hitting a decisive 1-5 without reply including a goal from Niall McDermott.

Cavan eased to their fourth win from four league games and they trail leaders Roscommon on points difference.

Mark Brehenny and Adrian Marren were among the Sligo scorers in the first half as the Connacht side went in at the break with a narrow advantage.

McKiernan levelled early in the second half only for Brehenny (2), David Kelly and Marren to put Sligo four points in front.

Cavan responded with a dominant spell, including two Martin Dunne points and culminating in McDermott's three-pointer on 61 minutes.

McDermott, Martin Reilly and Martin Dunne slotted over late points as Cavan secured another win in an impressive league campaign.