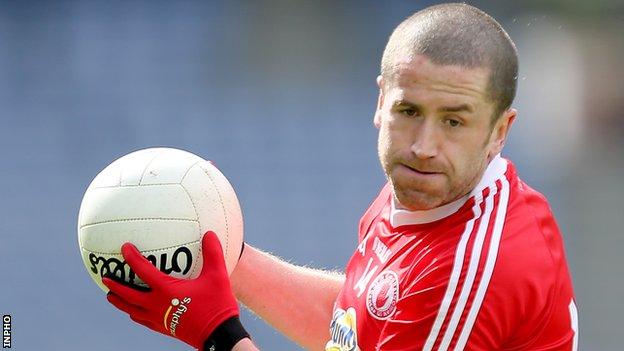 Tyrone star forward Stephen O'Neill looks likely to miss the remainder of the Football League after undergoing an ankle operation on Friday.

O'Neill, 33, missed Tyrone's opening league games against Derry and Mayo and with his injury continuing to bother him, opted to have the surgery.

The forward will now aim to make his return to action in the early stages of this year's championship.

Tyrone face Down in the Ulster SFC preliminary round game on 18 May.

The winners of that game will face Monaghan in the Ulster quarter-final on 15 June and that encounter may be a more realistic return date possibility for former Footballer of the Year O'Neill.

The former All-Star produced a brilliant start to the 2013 season but the remainder of his campaign was injury-affected after he trod on a bag of footballers in a Croke Park dressing-room prior to the League Final against Dublin.

O'Neill was forced to miss the league decider after the freak incident and had to battle against injury for the remainder of the 2013 season.