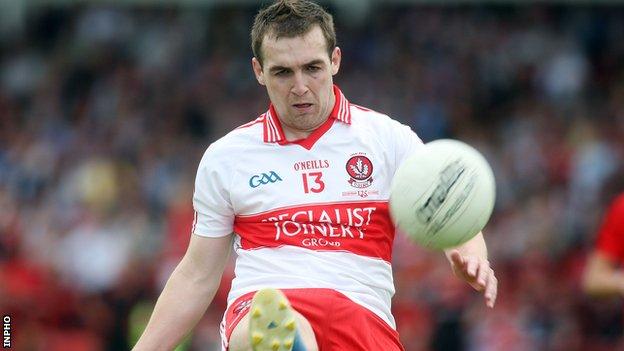 Derry's squad has been boosted by the return of three Ballinderry players after the club's defeat in the All-Ireland semi-finals.

Aaron Devlin, Ryan Bell and Gareth McKinless, who was named on Tuesday as the player of the Ulster club championship, accepted an invitation by boss Brian McIver to join the squad.

Former U21 star Conor Nevin turned down an offer because of work commitments.

Derry have drawn with Tyrone and beaten Kerry in their opening league fixtures.

McIver's team are back in Division One action on Sunday with a Celtic Park clash against Westmeath.