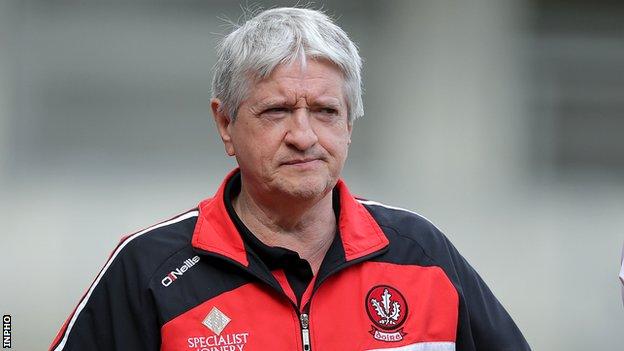 Cassidy and Kearney made their debuts for the Derry seniors in the recent O Fiaich Cup tournament.

As expected, Eoin Bradley will not play in the McKenna Cup because of his current soccer commitments with Coleraine while the McKaigue brothers Chrissy and Karl with join Cailean O'Boyle and Emmett Bradley in representing their universities in the competition.

Ballinderry's county players will miss the competition because of the upcoming All-Ireland Club series.

Derry will open their McKenna Cup campaign with a game against Monaghan at Clones on Sunday, 5 January.