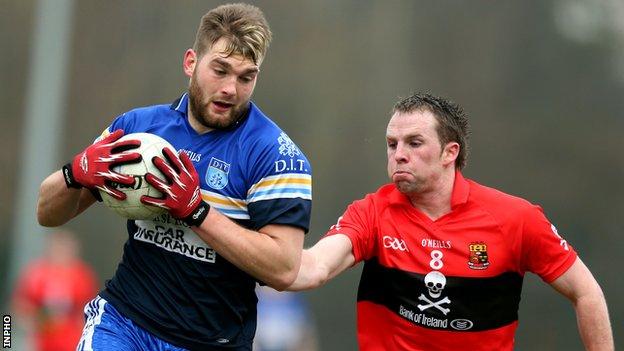 Sigerson Cup hosts Queen's have been handed a preliminary-round clash against the University of Limerick in late January.

Queen's will be at home for the 28/29 January clash with the winners meeting Galway-Mayo IT in the first round.

UUJ will be at home to Sligo IT in the first round with St Mary's facing a tough opener against to holders DIT.

If UUJ at St Mary's win their first-round games, they will then meeting in the quarter-finals.

If Queen's win their two opening matches they will face either Maynooth or competition new boys IT Blanchardstown in the last eight.

As hosts, Queen's will have home advantage for all their games in the 2014 competition.

The higher education authorities have also ruled that St Mary's will forfeit any home advantage they have in the competition as punishment for an unfulfilled fixture in an intermediate league game.

Queen's are also hosting the Fitzgibbon Finals weekend on 28 February and 1 march.

(I) Athlone IT v UCD