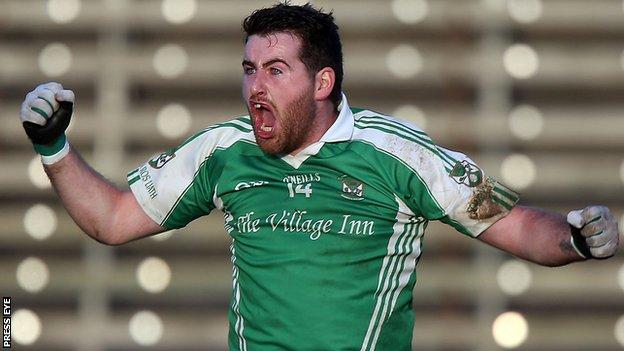 Quigley hasn't played for the Erne County since leaving the squad on the eve of the 2012 Ulster Championship game against Down.

The forward had helped Fermanagh achieve Division 4 promotion in the Football League earlier in 2012.

Quigley impressed for Roslea in this year's Fermanagh Club Championship.

Quigley's brothers Sean and Conor are also included in the 40-man squad.

Niall Cassidy, Eoin Donnelly and Ryan Jones are also among the 40 players but inter-county retirements mean that Martin McGrath, Shane Lyons, Chris Breen and Niall Bogue are all absentees.

Fermanagh boss McGrath has praised the county's clubs for helping to facilitate a series of recent trial games.

"I would like to acknowledge the clubs of Fermanagh for their support in relation to the numbers of players who attended the senior trials over the past few weeks," added the Fermanagh boss.

"We would also like to sincerely thank those clubs who provided their facilities and showed us great hospitality.

"We also acknowledge the players who have not made the panel at this time and thank them for their effort and commitment throughout the trials.

"Rest assured that the management team will continue to monitor matches throughout the season and that the panel is always open for those who show the correct attitude and effort for senior inter-county football."