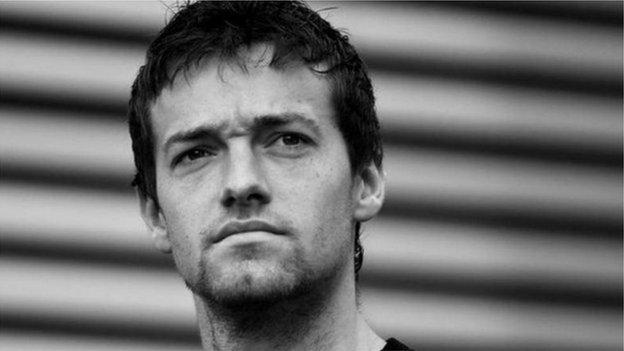 Lewis Hamilton became the most successful driver in the history of Formula 1 on Sunday in a race that was gloriously befitting of his achievement.

The Turkish Grand Prix was one of the rare occasions in recent years that he did not have the fastest car. But he still won - by a mile.

In a race like this you wonder why you ever doubted Hamilton as a victory contender. Of course he would be there at the end of the grand prix; it's just an inevitability that even when the chips are down, he will find a way.

In contrast, Hamilton's team-mate Valtteri Bottas ended up a lap and a half down, having spun six times in a race in which he could find no grip or confidence in a Mercedes that wasn't at its mighty best.

What was so special about Hamilton's win?

If you just looked at the result at Istanbul Park on Sunday, it would not look that surprising - Hamilton cruised home to win by more than 30 seconds. But how he managed to do that was exceptional.

For the first half of the race, he looked like just another driver, running in the fringes of the top six in a position of relative mediocrity. And then, suddenly, there he was, dominating in his customary commanding fashion.

For the first time all year, Mercedes had their backs against the wall throughout the weekend in Turkey.

The circuit had been recently resurfaced and was unusually smooth, with very low abrasiveness. Mercedes could not get sufficient temperature into their tyres.

On top of this, the oils from the recently laid bitumen rose to the surface and made the track extra slippery, even in the dry conditions on Friday. It was particularly treacherous when rain fell on Saturday and Sunday.

Hamilton starts as pre-race favourite come rain or shine in 2020, and normally these sorts of low-grip, wet conditions would suit him.

But in Turkey, Mercedes were caught on the back foot in qualifying and Hamilton could take only sixth on the grid, with Bottas three places further back.

For the first half of the race, Hamilton seemed shorn of his normal strength, running among his peers in fourth, fifth or sixth. He even made a mistake on the opening lap, which undid the great start he had got to put him third and meant he slipped back down to the position he qualified in.

But then on lap 33 of 58, he was offered a glimmer of an opportunity - and, like all great champions, he grabbed it with no looking back.

Ferrari's Sebastian Vettel - who Hamilton had been behind for the entire race until then - pitted for fresh intermediates. And a few corners later Alex Albon spun his Red Bull out of third place. This opened a window for Hamilton to attack and he measured it perfectly.

Hamilton told his team not to call him in to change his tyres for a fresh set of intermediates, the preferred strategy of most other teams.

It was the second time in consecutive races Hamilton had radioed his team to leave him out on track - and both times it worked for him.

The only cars remaining in front of him now were the Racing Points of Lance Stroll and Sergio Perez.

As he was closing in on Perez for second place, Stroll was pitted out of the lead for fresh rubber. A couple of laps later, Hamilton passed Perez. In just five laps, Hamilton had gone from an outsider in fifth position to the lead of the race.

It was a fine drive from then on. He simply had better pace than Perez behind and managed a fine stint on ailing intermediate tyres that looked more like slicks by the end of the grand prix, such was the wear in drying conditions.

Where did Turkey rank among Hamilton's best?

Was this race win one of Hamilton's absolute finest? I'd stick my neck out and say it probably wasn't.

There was no single moment of brilliance. It was a finely chiselled performance where he made fewer mistakes than anyone else, was quick when he needed to be and read the race perfectly.

Actually, the only pass he made was on Perez for the race lead, and with the DRS overtaking aid, it was one of the easiest of the grand prix.

But when ranking Hamilton's finest race wins the bar is set so high. When we are talking about a driver who has won 94 grands prix - more than anyone else in history - there are going to be some crackers in there.

For me, this wasn't quite on the level of Silverstone 2008 - where he beat the field by more than a minute in the wet - or Bahrain 2014 - where he held off team-mate Nico Rosberg in extraordinary fashion on worse tyres and a worse strategy.

Then there have been other plucky drives that may go down as better wins - such as China 2011 and Austin 2012, where each time he hunted down Vettel's dominant Red Bull and beat him fair and square in the dry with on-track passes.

Turkey was no doubt a brilliant win, but it reminded me more of races such as Singapore 2017 or Hockenheim 2018.

In Singapore, Hamilton started fifth on a wet street circuit and championship rival Vettel was on pole for Ferrari. Hamilton somehow got the start, there was chaos at the front and the Briton came through for a win that never seemed like it was on the cards before the race, on a weekend during which Mercedes were badly on the back foot.

Hockenheim 2018 was perhaps an even more shocking result, with Hamilton winning in slippery conditions from an incredible 14th on the grid, as title rival Vettel slithered into the barriers from the lead, in his home grand prix.

These are drives that Hamilton should never have been in contention to win, and I feel that were anybody else in his shoes, they wouldn't even be in the picture, yet Hamilton finds a way and makes it look easy by the end.

He always seems to and that is the hallmark of a fantastic champion.

He is to Formula 1 what Roger Federer has been to tennis in years gone by. Someone who can sometimes look down and out, but who then sees a glimmer of light - even from two sets down - and from there perform a stunning comeback, after which you wonder why you ever doubted it would happen.

At last, some sunshine for Vettel

It was a fitting way for Hamilton to level Schumacher's championship record, and having Vettel join him on the podium was poetic in itself.

Not so long ago, Vettel looked as if he could perhaps be the driver to challenge the achievements of a man he had idolised growing up.

At the end of 2013, Vettel looked unstoppable, collecting his fourth consecutive world title - even sadly getting booed on the podium such was his monotonous dominance of the sport.

But fast forward seven years and the picture has changed entirely. Vettel remains a wily driver, who can and still will have his day - as he did on Sunday. But he has been mightily usurped by Hamilton, who is in a different league.

Where Vettel - and other mortals - crack, Hamilton so rarely does. When he has the best car, he dominates. And as Turkey shows, even when he doesn't, he can still make it look easy.

Seven titles is a stunning achievement, but with the way he is driving right now, the Hamilton story isn't about to come to a close just yet.