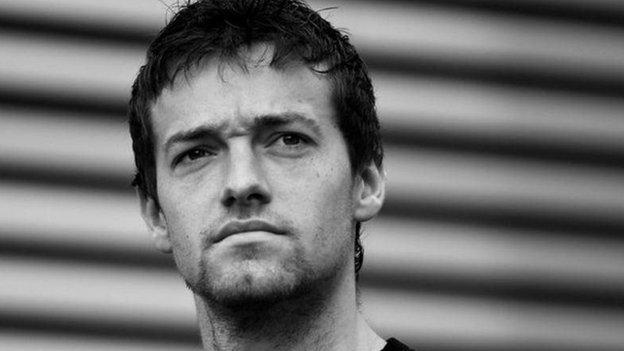 Former F1 driver Jolyon Palmer is part of the BBC team and offers insight and analysis from the point of view of the competitors.

Only a hit from Lewis Hamilton put a taint on Red Bull's day at the Brazilian Grand Prix.

As Alexander Albon was sent spinning out of second place behind team-mate Max Verstappen on the penultimate lap, it ruined the team's chance of a double podium, or perhaps even a one-two finish.

Albon's misfortune, though, did promote former Red Bull driver Pierre Gasly - now back at Toro Rosso after his demotion mid-season - into second place. That gave Red Bull's junior team their second podium of the year, after Daniil Kvyat's third place in Germany, and engine partner Honda the biggest boost of all.

Not only did Honda get a one-two, but they achieved the second place in the best manner possible for an engine manufacturer - a drag race to the line, against the formerly dominant Mercedes power.

Gasly hung on around the outside against Hamilton on the flat-out sprint from Juncao corner to the finish line, against the odds, and claimed his first Formula 1 podium. In doing so, Gasly showed Honda are well and truly in the fight now.

Of course it counted for very little in Brazil, but if Red Bull can do what they've so far failed to do in the hybrid era - start the following season as competitive as they finish the last - then the Verstappen/Red Bull/Honda package could be a force to be reckoned with in 2020.

For Honda in particular, this was a moment that must have caused such joy. It was only four years ago that McLaren drivers Fernando Alonso and Jenson Button publicly mocked them by ironically stepping out onto the Interlagos podium after yet another woeful qualifying display, to the amusement of fans and the bemusement of Honda.

In truth, Honda were poor back in 2015. They took a lot of stick, but the unreliability and lack of performance were clear for all to see.

Four years later, they are back with two drivers on the same podium, only with none of the mocking irony, just pure ecstatic emotion. A turnaround complete.

Honda were dragged through the mud during the Alonso and McLaren years, but since teaming up with Toro Rosso last year, and now Red Bull in 2019, their performance improvements have been vast.

I bet if you had told Alonso this would happen when he parted ways with the engine manufacturer at the end of 2017, he would have laughed in your face.

So with the regulations staying stable for 2020, there should be every chance that Red Bull can challenge over the course of the season.

Albon - good but can still do better

Verstappen is driving absolutely at the top of his game right now. A year ago, he was already well on this trajectory, and displayed it by comfortably getting the better of then team-mate Daniel Ricciardo.

But aside from those pole positions, he actually out-qualified Verstappen only twice more all year, in Baku and in the Abu Dhabi season finale.

This illustrates why some suggested last year that when Ricciardo signed for Renault he was running away from the Verstappen fight - the Dutchman out-paced Ricciardo in qualifying by a fraction under 0.2 seconds on average.

Red Bull have had a headache in replacing him.

They initially chose Gasly, but, after he struggled in the first half of the season, he was replaced by Albon, who it has now been confirmed will keep the seat in 2020.

Albon has undoubtedly been stronger in the Red Bull than Gasly, and would have been on the podium in Brazil had it not been for Hamilton's overzealous passing attempt into Bico de Pato on the penultimate lap. But his qualifying deficit to Verstappen is 0.42secs - more than twice that of Ricciardo.

Albon has been impressive in race conditions, to an extent. His race-craft has been particularly strong since he joined Red Bull, often charging from the back of the grid after a penalty to finish on the back of the main race, and he has made some sumptuous overtakes - including around the outside of Ferrari's Sebastian Vettel in Brazil.

But at the moment he still seems unable to make any inroads into the 'A' race. While Verstappen took pole position and was heading to victory in Brazil, Albon qualified sixth and was heading for a finish there until Valtteri Bottas' Mercedes engine expired and mixed up the race.

All the while Albon has been doing OK - but perhaps not quite progressing as well as Red Bull would have hoped after a strong opener in Belgium - Gasly has been sensational back in the Toro Rosso.

Since being demoted after the summer break, Gasly has been in the points in five out of eight races, which would have been six without a late incident in Austin two weeks ago.

He has out-qualified Kvyat in every race bar Mexico, where he lost out by 0.1secs. His average qualifying pace is now 0.3secs faster than the Russian and he has made it through into the top 10 qualifying shootout in the past four races.

Had Gasly never been called up to Red Bull in the first place, he would seem a shoo-in for a 2020 berth at the team. Sadly for him, his dismal start to the season meant Albon was the obvious choice.

But for Red Bull to be truly competitive in 2020, they will need two cars in the fight, which has never really happened since Ricciardo left at the end of last year.

Time and time again, when the field is closely matched, we see races won or lost on strategy. In Hungary, Gasly was a lap behind Verstappen, and so too far back to stop Mercedes doing the extra pit stop that led to Hamilton attacking and eventually passing for the win.

In Brazil, Albon was at least within a pit-stop distance of Hamilton for much of the race, meaning the Briton would have to pass him and lose out on track position if he pitted in his attack on Verstappen for the win. But in all honesty he was no true deterrent because he was too far back and would have been a sitting duck for Hamilton on fresh tyres anyway.

Albon has definitely got some potential, and finishing on the podium in Brazil would have done him a world of good before he begins next season with the main team.

Right now, though, there is still work for him to do on the whole if he is going to get himself into the main fight with the five other drivers from the big teams.

With Kvyat and Gasly being quickly discarded by Red Bull, Albon will probably feel under some pressure, particularly with Gasly coming back into fine form in the Toro Rosso.

But Red Bull themselves will be desperate for Albon to be a success in the main team. After two demotions from their past three promotions, there are question marks over their once formidable junior driver programme.

Surely some regrets over losing Sainz

The question marks about Red Bull's second driver are not helped by the superb form of their former employee Carlos Sainz, who also claimed his first F1 podium in Brazil following Hamilton's post-race penalty - and did so after starting dead last following an engine issue in qualifying.

They won't admit it, but I'm sure there are many at Red Bull who are not only ruing the fact Ricciardo left, but also not taking Sainz in the first place as replacement for the Aussie.

Sainz is comfortably best of the rest behind the top teams this season. He is in a battle with both Albon and Gasly for sixth in the championship, and must be favourite to finish there, despite the others being in the far superior Red Bull for half a season apiece.

Sainz pushed Verstappen hard when they were together at Toro Rosso in 2015 and 2016. If only he was there doing that now, the Red Bull team would be a lot more formidable than the Verstappen show it currently is.

But there is still a chance for Albon to prove Red Bull motorsport boss Helmut Marko and the rest of the hierarchy right.

After all, he is still a rookie for another race. And perhaps now having a future guaranteed - in the short term at least - can provide him a bit more comfort and confidence heading into a winter break that will be so critical to both him and the team if they are to be genuine 2020 challengers.