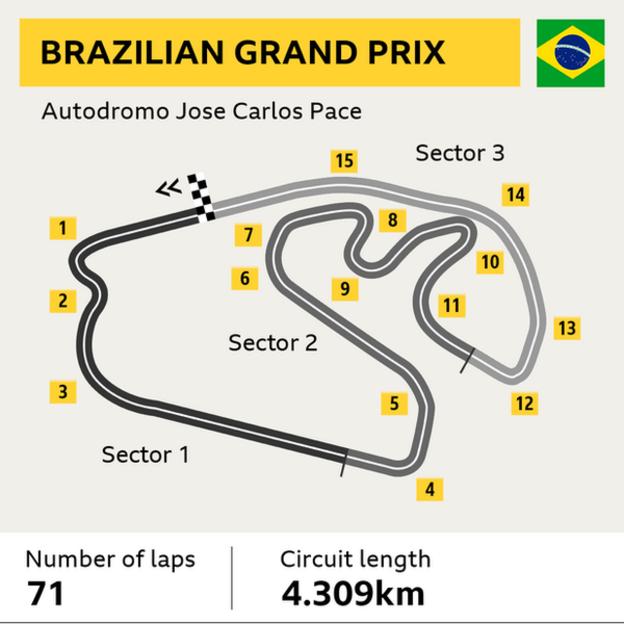 The championship party can officially start for Lewis Hamilton.

Another world title was once again wrapped up with races to spare thanks to a second-placed finish at United States Grand Prix.

With Hamilton now the second most successful F1 driver of all time, the dream of equalling Michael Schumacher's seven championships - and possibly surpassing that achievement - is very firmly on.

"As an athlete I feel fresh as can be. We won't let up," Hamilton said after Austin. "We must keep pushing because I know we have more to do - more championships to win, more races to win."

For a third consecutive year the carnival atmosphere of Interlagos in Brazil provides the title-winning after-party, before the curtain falls in Abu Dhabi in two weeks' time.

With Hamilton's Mercedes team-mate Valtteri Bottas converting pole in Texas into his fourth win of the season to cement second place in the championship, the battle to be best of the rest is all there is left to fight for from a championship perspective.

The tussle for third is between Red Bull's Max Verstappen and the two Ferraris of Charles Leclerc and Sebastian Vettel.

In the midfield mix, Verstappen's team-mate Alexander Albon needs to hold off the challenge of McLaren's Carlos Sainz, as well as Pierre Gasly - the man he replaced at Red Bull - to secure a top-six finish.

A place made for greatness

It was all the way back in 1938 that building work first began on Sao Paulo's Interlagos circuit, its designers taking inspiration from the original layout of New York's Roosevelt Field Raceway.

Interlagos joined the F1 calendar in 1973 and basked in the glory of local hero Emerson Fittipaldi taking the chequered flag two years running. Racing later switched to Rio de Janeiro's Jacarepagua track for nine years before returning to Interlagos in 1990.

The 4.309km circuit runs anti-clockwise and at high altitude, so any thoughts of an undemanding penultimate grand prix are out of the question.

A wildly enthusiastic crowd are crammed up against the track as the cars hurtle past, navigating 15 corners, a snaking in-field section, numerous elevation changes and a lap just over a minute long.

Drama is also never far away thanks to several overtaking opportunities and two DRS zones. Throw in a heavy rainstorm or two - thundery showers are forecast for Friday's practice sessions - and anything can happen.

What's the form guide for Brazil?

Only Vettel has surpassed two race wins at Interlagos among the current crop of drivers, taking victory in 2017 for Ferrari and a two more during his days with Red Bull.

Ferrari are searching for their first win since the German's victory at the Singapore Grand Prix in September and will be hoping to end on a high instead of whimper.

Hamilton celebrated his win with a group of samba dancers at the Brazilian Grand Prix 12 months ago but it was chalked up as a lucky victory for the Mercedes man that day.

Verstappen was on course for the win when Force India's Esteban Ocon left his car on the inside of the Red Bull at the Senna S and pitched it into a spin. The incident dropped the Dutchman back to second place and although he came back at Hamilton, he could not quite catch him.

The incident triggered an angry post-race confrontation in the driver weighing area, with Verstappen pushing Ocon three times. The punishment for Verstappen's crime was to carry out 'public service' at Formula E's Marrakesh ePrix.

Verstappen also produced a drive for the ages in torrential rain at Interlagos in 2016 at the tender age of 19, and will hope for redemption at the circuit this time out after last year's fiasco.

Just 14 points separate the Dutchman in fourth place in the standings from fellow 22-year-old Leclerc in third.

Away from the top of the table, the scramble for a top-10 finish is as a tight as the left-hander into Turn 12 as Daniel Ricciardo, Perez and Lando Norris are divided by a slim five-point margin.

McLaren's Norris sits outside the top half in 11th spot but the Briton - who turns 20 on 13 November - has enjoyed impressive performances in his debut season, which have helped McLaren to fourth place in the constructors' championship, ahead of main competitors Renault.

The red soft-compound tyre is the choice for all teams, with only Mercedes and McLaren opting to take fewer sets than the rest of the field.

In the build-up to the race, a festival in honour of Brazilian three-time world champion Ayrton Senna took place in Sao Paulo last weekend.

Fellow Brazilians Felipe Massa and Emerson Fittipaldi drove Senna's black-and-gold Lotus 97T, the car in which he claimed his first F1 in atrocious wet conditions at the 1985 Portuguese Grand Prix.

Two-time title winner Fittipaldi had this story to tell to the thousands of spectators lining the streets: "Ayrton made a declaration that Clive Chapman [son of Lotus founder Colin Chapman) sent to me from England.

"They asked Senna what was his best win. Was it the race at Donington Park [European Grand Prix in 1993] in the rain?

BBC Sport has live coverage of practice, qualifying and the race, across the website and BBC Radio 5 Live. There will be live digital coverage on the BBC Sport website and app - including audience interaction, expert analysis, debate, features, interviews and audio content.