It seems the other 18 drivers and nine teams on the grid will have to pull out something special to stop Mercedes this season.

The Spanish Grand Prix saw Lewis Hamilton pass pole-sitter and team-mate Valtteri Bottas into the first corner and stride away for a comfortable victory and a fifth consecutive Silver Arrows one-two finish.

"This is history in the making to have five one-twos," Hamilton said. "I'm proud of that and proud of everyone's hard work."

His Spanish dominance means Hamilton is back on top of the drivers' championship with 112 points, seven points ahead of the resurgent Bottas, going into this weekend's Monaco Grand Prix.

The rest of the pack already look to have been set adrift in both the drivers' and constructors' title races, with Ferrari trailing 96 points behind Mercedes in the team championship.

After impressing at the Barcelona circuit in pre-season testing, the Italian outfit were crestfallen as team strategy and performance left them lagging behind their rivals once again.

Perhaps good fortune will finally come in the shape of the (very wealthy) home support, as Ferrari's Charles Leclerc aims to become the first Monegasque driver to win the Monaco Grand Prix.

Although, watch out for Max Verstappen. The 21-year-old Dutchman has cast aside the mistakes that blighted his early career and has now become an added conundrum for the Scuderia to solve.

A third-placed finish in Spain means Verstappen has now either finished ahead of or between Vettel or Leclerc in every race so far this season.

The stars come out to play in Monte Carlo

Anybody who's anybody wants to walk the grid and celebrate with the winner come race day.

Below are seven celebrities who have attended the grand prix in the last few years.

All you have to do is indentify them correctly.

Nestled on the coast of the French Riviera and only second to Vatican City as the world's smallest country, the streets of Monaco have played host to fast cars on the F1 calendar every year since 1955.

With a circuit as narrow as trying to manoeuvre past a double buggy in the aisles of a packed January sales, the chances of a daring overtake are quite limited.

Pole-sitter Daniel Ricciardo successfully fought off the challenge of Ferrari's Sebastian Vettel in his power-depleted Red Bull in 2018 to take a maiden Monaco win and redemption for his 2016 pit-stop fiasco.

How times have changed. Now the Renault man is down in 12th place in the standings in an underachieving car and with only one finish inside the top 10 this season - at the Chinese Grand Prix in April. 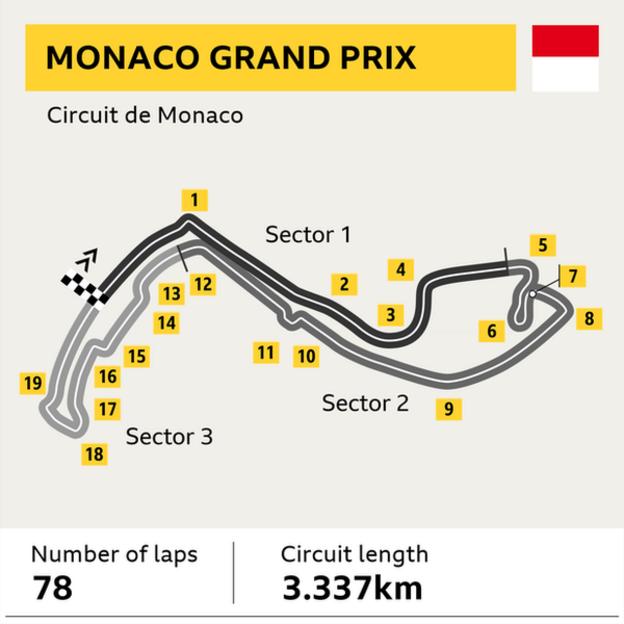 Since 2010 the event has been very much a Red Bull and Mercedes affair as both teams have secured four wins each.

Sebastian Vettel's 2017 victory for Ferrari is the only one since Michael Schumacher's win in 2001 the Scuderia have been able to celebrate.

When it comes to Mercedes' most recent successes at the circuit, the plaudits don't fall to Lewis Hamilton, but rather his former team-mate Nico Rosberg.

Hamilton did win in 2016 but Rosberg, who grew up in the Principality, had already become the first driver since Ayrton Senna in 1993 to win three consecutive Monaco Grands Prix - doing so from 2013-2015.

The Brazilian three-time title winner is still the king of Monaco with six victories in total, with three coming from pole position between 1989 to 1991.

As demonstrated by Senna, get your act together during qualifying on Saturday, and the odds are in your favour to be spraying champagne (not over Princess Charlene of Monaco, mind) in the royal box on Sunday.

In the 10 races since 2009, the pole-sitter has won the race on seven occasions - only once (Hamilton in 2016) has the victor come from outside the front row.

Mika Hakkinen has been reliving his 1998 Monaco Grand Prix victory - on two wheels this time instead of four.

The two-time Finnish world champion posted a video of himself on Twitter zipping through the famous tunnel section on a motorised scooter.

He captioned the clip: "It is Monaco GP week! Flat out and sound on."

The sound that fans need to hear is none other than Hakkinen's McLaren MP4-16 during a qualifying lap in Monte Carlo in 2001. 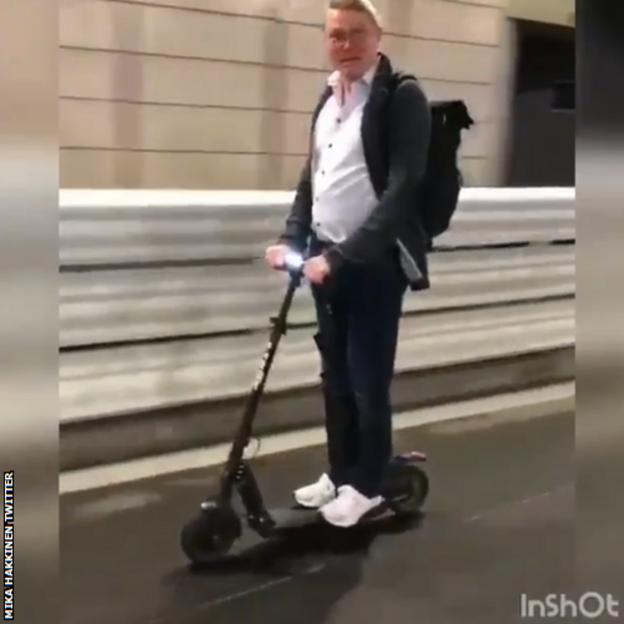 Following a day off on Friday, it's back to proceedings on Saturday with third practice and qualifying available via the BBC Sport website and mobile app.

The 77th Monaco Grand Prix is live on BBC Radio 5 Live with build-up and full commentary from 13:00 BST.

As ever, you can follow every twist and turn with BBC Sport's live text commentary and get involved with your thoughts and predictions using the hashtag #bbcf1 via Twitter.