The Azerbaijan Grand Prix did not quite deliver the madcap spectacle fans have come accustomed to over the last few years.

Despite George Russell's Williams being wiped out by a loose manhole cover - which in turn led to a comedy of errors as a recovery truck tried to remove it - and accidents for Robert Kubica and Charles Leclerc at the tricky Turn Eight, the race itself produced little in the way of drama.

But it did at the very least offer a possible insight into just how dominant Mercedes could be this year.

The Silver Arrows set a new record of four consecutive one-twos at the start of a season as pole-sitter Valtteri Bottas claimed his fifth career win ahead of team-mate Lewis Hamilton.

Just one point separates Bottas and Hamilton in the drivers' championship, with the resurgent Finn benefiting from the fastest lap point gained at the opening race in Australia.

"Valtteri's really, clearly stepped up this year and is really happy in the car and really delivering and driving fantastically," Hamilton said.

"It's going to take some really great performances from both of us to outperform each other. And that's how it should be."

"Great performances" are all well and good but one thing Mercedes won't want is a repeat of the 2016 Spanish Grand Prix fiasco when the unthinkable became reality as Hamilton and Nico Rosberg collided with each other to end their races on the first lap.

Ferrari's early title challenge is beginning to look as flat as a pancake with Sebastian Vettel and Leclerc sitting 35 and 40 points respectively behind top spot after four races.

Leclerc was quick to apologise for his crash in qualifying but he has also been the victim of questionable team strategy calls that have left the 21-year-old still waiting for a maiden win.

Four-time world champion Vettel - who finished third for the second race in a row last time out - says Ferrari are looking for a "smooth weekend" as the European leg of the calendar gets under way. 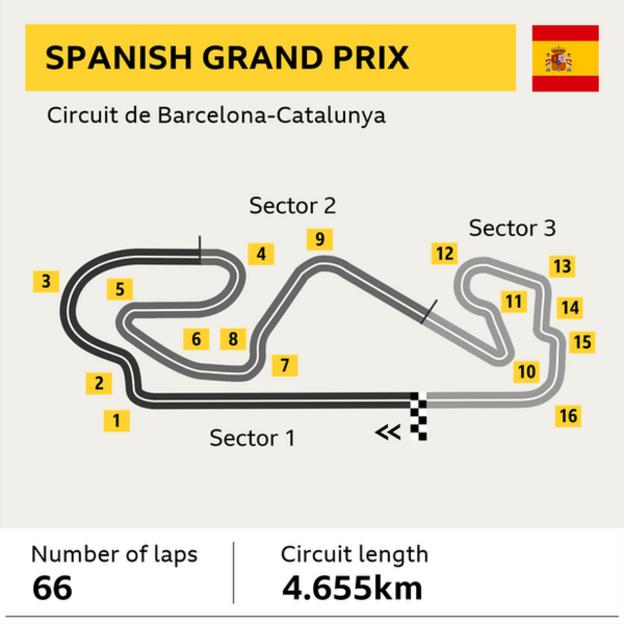 Who can push the limits in Spain?

Built as part of the 1992 Barcelona Olympics development programme, the Circuit de Barcelona-Catalunya took over staging the Spanish Grand Prix in 1991.

It's a circuit every F1 driver knows well because of the amount of time spent crunching the numbers there during winter testing.

Following February's pre-season outing, Ferrari left Barcelona having proved they had the fastest car over two weeks, with the rest of the pack wondering how much catching up would be needed to stop a runaway title race.

The complex mix of long straights and technical corners has been a kind track for the Scuderia over the years, with seven-time world champion Michael Schumacher claiming five of the eight Ferrari victories.

Recent races have not been as kind, however, as the last scarlet car to top the winner's podium there was Fernando Alonso back in 2013.

Overtaking may be difficult and every inch of the circuit known to the teams, yet between 2007 to 2016 the race remarkably delivered 10 different winners.

A highlight of that run was Max Verstappen becoming the youngest winner in F1 history with his first career triumph in 2016 at the age of 18 years, seven months and 15 days.

The Dutchman is currently piggy-in-the-middle between the two Ferraris, splitting Vettel and Leclerc in the past three races and also in the championship.

The 2018 race will be remembered for Romain Grosjean's Turn Three terror, when the Haas driver lost control of his car but kept his foot on the accelerator, throwing him back into the path of the oncoming field. The win last year went to Hamilton, who controlled proceedings from the front to claim victory and bank another Mercedes one-two finish.

In a role-reversal from 12 months ago, this time it's Bottas who can potentially win back-to-back races in Baku and Barcelona to extend his lead at the top of the standings.

To mark the 25th anniversary of the deaths of Ayrton Senna and Roland Ratzenberger at the San Marino Grand Prix in 1994, this year's Spanish Grand Prix will hold a number of commemorative events across the weekend.

A half-Austrian, half-Brazilian flag will be presented to the winner of the race on the top step of the podium on Sunday.

F1 fan Oz says the piece is "160kg of raw bronze in the dynamic of Eau Rouge into Radillon", a homage to Senna's famous quote about that iconic section of the Belgian Spa-Francorchamps track: "If you take away Eau Rouge, you take away the reason why I do this." 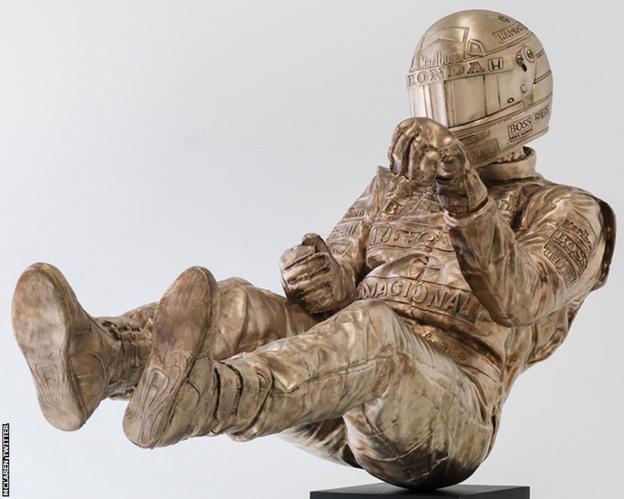 How can I follow the Spanish Grand Prix on the BBC?

The end of the Premier League season signals a little bit of a reshuffle for this weekend's action in Barcelona.

For second and third practice, plus Sunday's race, you'll need to head over to the BBC Sport website and mobile app for full commentary.

As ever, you can follow every twist and turn with BBC Sport's live text commentary and get involved with your thoughts and predictions using the hashtag #bbcf1 via Twitter.