Hamilton was behind the Finn going into the final runs in qualifying but edged ahead by 0.112 seconds to take his sixth consecutive pole at Albert Park.

Hamilton was a massive 0.704secs quicker than Ferrari's Sebastian Vettel in third, just ahead of new Red Bull's Max Verstappen.

British rookie Lando Norris took a superb eighth on his debut for McLaren.

And George Russell, the other British rookie, was 19th, well ahead of his Williams team-mate Robert Kubica.

Hamilton has dominated the weekend, fastest in all practice sessions and in two of the three qualifying sessions - missing out only in the first part of qualifying when he did not do a second run and Ferrari's Charles Leclerc, who did, ended up fastest.

"I'm shaking it was so close out there," Hamilton said. "From testing we had no idea where we would be. We were hoping to be where we are. Valtteri did an exceptional job. It was very close."

Bottas said: "The first lap was very nice, I really enjoyed that. Not quite enough for pole unfortunately, but look forward to tomorrow."

Vettel, whose Ferrari team had looked quicker than Mercedes in pre-season testing, said: "The car feels all right. There is not anything wrong."

"Certainly surprised (by the gap). I think everybody is, probably themselves. Yesterday we did not have a good day, today felt better but the gap was similar. There is some homework we need to do to understand. I still think we have a great car."

Vettel sounded non-plussed but actually the margin between him and Hamilton is very similar to what it was last year in Australia - and Ferrari went on to win the race after a Mercedes strategy error, and again in Bahrain two weeks later and spent much of the year with a car at least as fast as the Mercedes.

Hamilton looked stupendously quick through Turn One on his first lap in the final session but a wobble lost him time and Bottas was quicker by half a second.

But Hamilton produced a much tidier lap on his second run and with Bottas not improving it was enough to turn the tables.

Ferrari should have locked out the second row, but Leclerc, making his debut for Ferrari, made an error on his final lap and that allowed Verstappen to edge ahead into fourth.

Leclerc said: "I'm not happy with myself. I didn't do the job when I had to in Q3. The potential to be top three was there. Not top two. I did a mistake in my last lap and it's life. It happens and I will work from there."

Haas driver Romain Grosjean won the honour of best of the rest in sixth place ahead of team-mate Kevin Magnussen, but the star at the head of the midfield was Norris.

The 19-year-old got through Q1 in eighth place, with team-mate Carlos Sainz down in 18th after being held up when Robert Kubica's Williams hit the wall, and it was not a flash in the pan.

Norris looked good throughout qualifying and his form not only demonstrated his potential but also showed that McLaren have made a step forward after a difficult 2018 that led to major restructuring in the team.

Alexander Albon, a Thai who was born in London, also did well on his debut, taking 13th place for Toro Rosso, ahead of experienced team-mate Daniil Kvyat in 15th.

Russell, after taking his time on the first practice day, had looked good throughout Saturday and produced an accomplished performance in the difficult Williams, which is by far the slowest car.

Kubica, by contrast, was struggling with a lack of grip. He said he found it on his final lap, but over-cooked it in one corner, hit the wall and got a puncture.

Russell said: "I think I can be pretty proud of myself. we all know where the car is and my only comparison is Robert. I was pretty pleased with myself when the car crossed the line and I can leave today with my head held high." 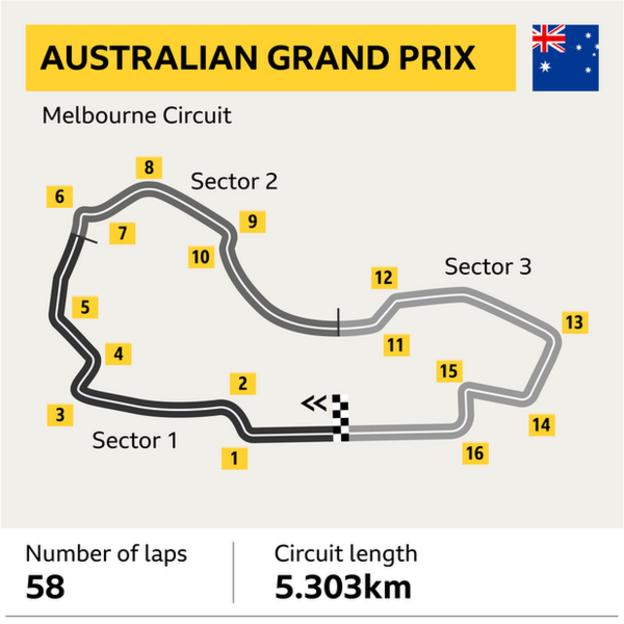