Round two of the new Formula 1 season heads to the Kingdom of Bahrain where Ferrari have dominated in the past, but Mercedes' Valtteri Bottas is rejuvenated. 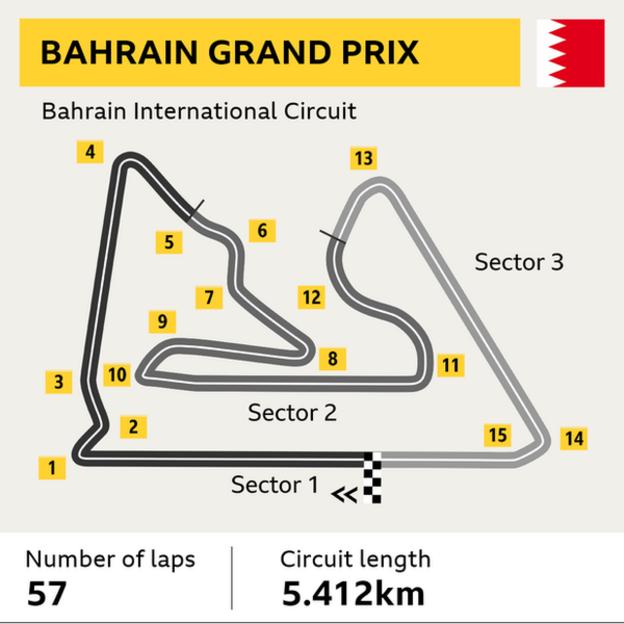 Who looks strong after Melbourne?

Step out of the shadows and into the spotlight, bearded Valtteri Bottas. Your time is now.

The assertive nature of the Mercedes man's opening win at the Australian Grand Prix means expectations of the Finn are unusually high for the second race of the season.

Bottas chalked up his fourth career victory with a commanding 20-second advantage over team-mate Lewis Hamilton and earned plaudits all round for his tougher mental attitude.

Use the sliding scale below to let us know if you think Bottas will make it back-to-back wins this weekend.

That said, never rule out a five-time world champion on a track with decent scope for overtaking and three DRS zones.

At last year's race in Bahrain, Hamilton produced an audacious triple pass to claw his way back up the field from ninth on the grid.

Red Bull and Honda's first date in Melbourne was given the thumbs up from fans after Max Verstappen's third-placed finish gave the Japanese manufacturer their first V6 turbo-hybrid era podium.

A McLaren making it through to the top-10 shootout in qualifying? Yes, that did actually happen in Melbourne.

Lando Norris said he would "treasure" his eighth-placed Q3 performance in Australia and, despite ending the race four places lower, the Briton was best of the rookies on his debut grand prix.

Ferrari need some heat after a lukewarm opener

Were Ferrari saving their pace for Bahrain while sandbagging the competition at Albert Park?

Sebastian Vettel's mid-race "why are we so slow?" query still hangs in the air after he and new team-mate Charles Leclerc finished nearly a minute behind Bottas.

Leclerc was also told to stay behind fourth-placed Vettel during the closing stages - will the Monegasque driver be allowed to go wheel-to-wheel with his more experienced partner this time out?

Only a bounce back in Bahrain will do, and Vettel in particular will be able to take heart from his past displays in the desert.

The German tops the victory stats in Sakhir with two wins for Red Bull and back-to-back triumphs with Ferrari in 2017 and 2018, the latter a masterful performance on worn-out tyres. On overall points scored in Bahrain, Vettel is two short of Hamilton's leading tally of 140.

Other reasons for optimism? Well, Ferrari have celebrated six wins in total in the Persian Gulf - three more than Mercedes.

A tasty bromance is born

Daniel Ricciardo's maiden outing for Renault may have ended in retirement on home soil but his new nickname looks set to go the distance this season.

Thanks to five-year-old F1 fan Louis Pope - who christened the former Red Bull man "Daniel Avocado" - Ricciardo/avocado-based memes have popped up all the place.

Not to be left out of the fun, Hamilton tweeted a photo of the two in Melbourne with the caption: "Avocado+Ham".

A few days later, Mr Avocado himself posted this picture to his Instagram stories in a nod to the newly acquired bromance.

Will the souks and markets of Bahrain cope with fan demand for avocados this weekend? We'll wait and see... 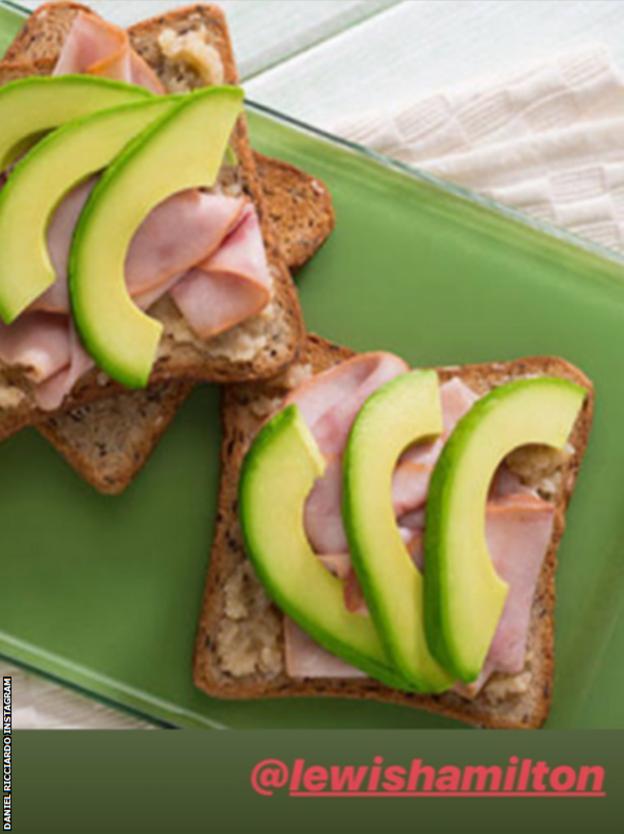 How can I follow the Bahrain Grand Prix on the BBC?

Keep an eye on the clocks this weekend as daylight savings comes into play in the early hours of Sunday, 31 March.

Before we all rejoice at the lighter nights, Friday's first practice session will be on BBC Radio 5 Live Sports Extra, with second practice via the BBC Sport website and mobile sport app only.

On Saturday, third practice and qualifying will be available through the BBC Sport website and mobile sport app only.

After the UK has jumped forward one hour on Sunday, head over to BBC Radio 5 Live Sports Extra for full race commentary from 16:00 BST. 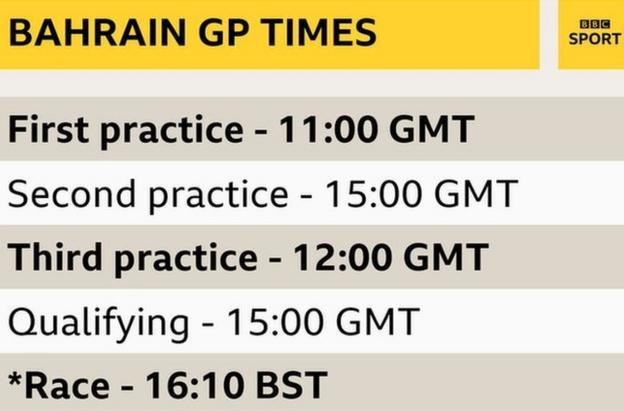