F1 legend Michael Schumacher's "life and legacy will last forever" says Lewis Hamilton, as tributes are paid to the seven-time world champion on his 50th birthday.

The German won a record 91 Grands Prix and is the most successful F1 driver.

In 2013 he suffered serious head injuries in a skiing accident and has not been seen in public since.

"We are doing everything humanly possible to help him," his family said in a statement on Wednesday.

The former Ferrari driver is being treated at his home in Switzerland, but little is known about his recovery.

"Wishing you a happy birthday, Michael. Fifty years of life and a legacy that will last forever," said Britain's five-time champion Hamilton, who is second on the list of all time race victories with 73.

"What an honour it is to say that I have raced with you. You've always been a true inspiration to me and the entire world. Keep fighting, Champ."

Schumacher made his debut with Jordan in 1991, before joining Benetton, where he won back-to-back drivers' championships in 1994 and 1995.

A move to Ferrari in 1996 culminated in an unprecedented period of success, winning five successive titles from 2000-04.

He briefly retired in 2006, but returned with Mercedes in 2010 for three seasons before retiring for a second time.

"Not only did he [Michael] set an incredible record - a record that is yet to be beaten - but he also shaped and changed the sport forever," said Mercedes boss Toto Wolff.

"As a driver, Michael took F1 to a whole new level with his attention to detail and his technical knowledge.

"He did everything with great determination, from his engineering debriefs to his physical training, and was always searching for new ways to improve his on-track performance."

Although he never won a race with Mercedes, Wolff credits Schumacher with being "one of the founding fathers of the success we have had in the last five years", which has seen the team win five consecutive titles.

Schumacher's family have released the Official Michael Schumacher App, which will be a "virtual museum" of the driver's achievements, while Ferrari have opened a special exhibition at their museum in Italy.

His daughter Gina posted on Instagram, with the message: "Happy Birthday to the best dad." 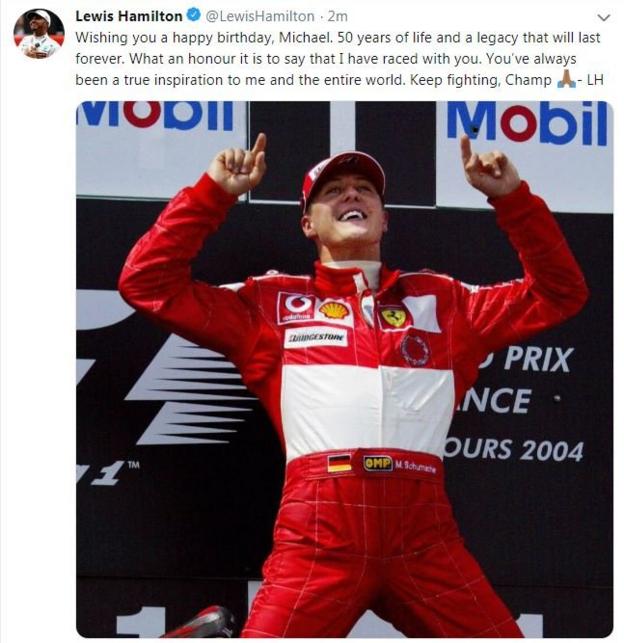 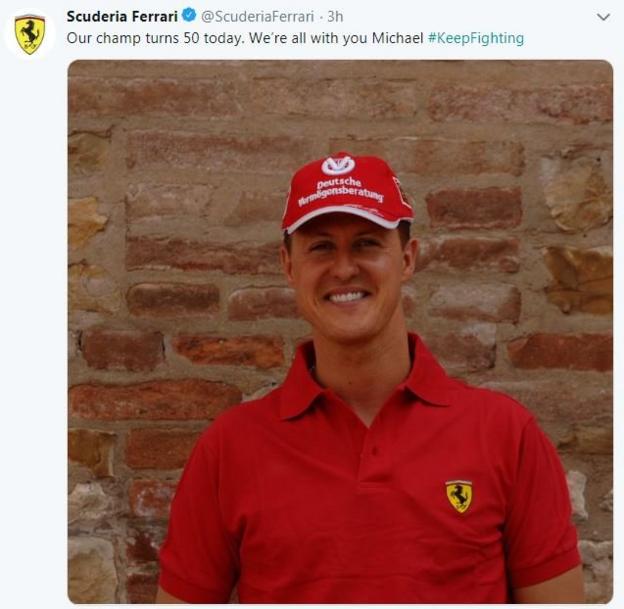 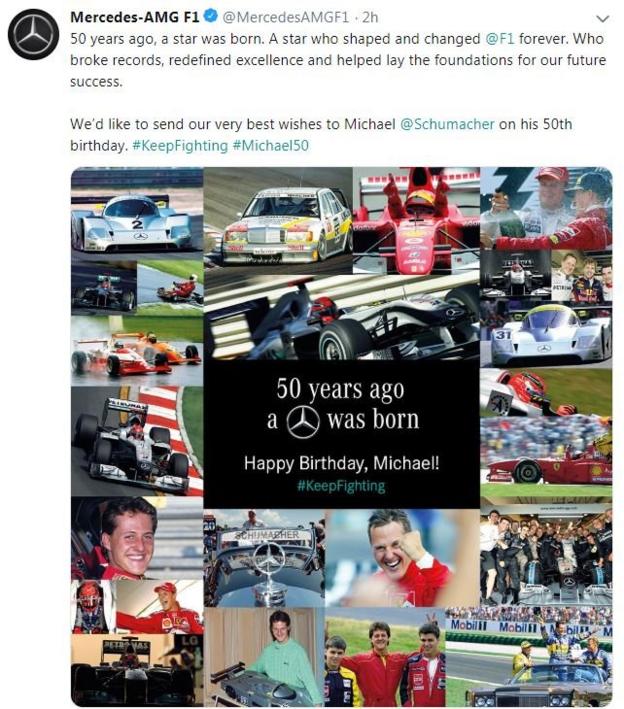