Robert Kubica is to race for Williams in 2019, completing a remarkable comeback eight years after a rally accident that nearly killed him.

The 33-year-old Pole suffered a partially severed right arm among many other injuries in the crash and still has partial movement in that limb.

A story of remarkable resilience and determination, it could go down as one of the greatest comebacks in sport.

Kubica said: "From the human point of view, I understand and see the point that it is a story that probably nobody has believed. Probably the only one who never gave up was myself and the people around me.

"We all knew that it might be something not achievable. This shows that somehow nothing is impossible.

"From the driving point of view, you just have to wait a few months and you will see. If I would not be able to drive competitively enough, I would not be here.

"It is a normal way of thinking that people see my limitations and ask how it is possible I can do it, and I know it is hard to believe.

"But Williams has seen it this year and I have seen it in the last 16 or 18 months since I first drove an F1 car in Valencia last year that I can do it, thanks to work, but also that my limitations are not limiting me as most people are thinking."

Deputy team principal Claire Williams said: "It is a great credit to his strength of character and tenacity to return to Formula 1. He has a level of determination that is remarkable to see."

How Kubica's career came off the rails

Kubica was poised to start a second season with Renault in 2011 when he crashed on a rally in northern Italy in February.

His car was penetrated by a road-side barrier and as well as inflicting multiple fracture and injuries on the right-hand side of his body, it also almost severed his arm.

For a time, his life was in danger, but Kubica started a long process of rehabilitation aimed at returning to the sport.

For several years, he felt he did not have enough movement in his arm to race in single-seaters, and he competed for three years in the World Rally Championship.

He then tried a series of different racing cars to see if he could be competitive in them, and a turning point came at the end of 2016 when he tried a simulator at the factory of Italian racing car constructor Dallara, and realised a return to F1 might now be possible.

In 2017, he conducted a series of tests with Renault, who eventually passed on the opportunity to sign him, and then began talks with Williams, who were poised to sign him for 2018 before a last-minute change of heart.

Why now and not last year?

Kubica and Russian Sergey Sirotkin tested together post-season in Abu Dhabi last November and Sirotkin proved quicker after the team had analysed their performances closely. Added to the fact that the Russian could supply more than twice as much funding for the team, the decision to pick Sirotkin felt to them to be simple.

However, Sirotkin's performances in his debut season have not lived up to expectations, either of the team or his Russian backers, and he had much less money available for 2020.

At the same time, Kubica has continued to impress, running in three free practice sessions before Abu Dhabi, a number of tests and setting quick times in the team's simulator. Added to funding from Poland said to be worth at least 10m euros, the balance has swung in his favour.

Force India driver and Mercedes protege Esteban Ocon was an option but Mercedes were not prepared to release the Frenchman for more than a year, while Williams wanted a driver it could potentially keep for longer.

Williams said: "Robert has done a great job for the team this year. He has pushed really hard in the reserve driver role and done some great work on the race track.

"Next year is a new start for Williams and I have spent a lot of time with Robert over the course of this year and I have really enjoyed his company. But just his fighting spirit, we need that in this team at the moment.

"And we need everybody pushing and I think Robert is going to be a really great addition for us for 2019 and beyond."

How does he drive with one arm?

After a run at the Spanish Grand Prix in May, Kubica said he "could make a comeback now" if he was given the chance.

He added: "Whatever is missing is only a question because I am doing it every two months - if something is missing.

"If I had a chance to drive every week, there is even more room to improve."

In-car footage from Kubica's car in practice sessions this year has made it clear that he is still unable to grip the steering wheel with his right hand.

Kubica explains that he has adapted to what he calls his "limitations" and has discovered that he does not necessarily need to hold the wheel tight with both hands to drive.

"After my accident, I discovered that to do a roundabout in the road car, you don't have to grab the steering wheel, you can use friction to turn.

"F1 is not a road car, but I have been also in school where they give you a bird in the hand and you have to hold it [so] that it doesn't fly away but you cannot hold it too much that it gets scared. This is the way you have to hold the steering wheel.

"Then, that it looks different than 10 years ago and to the others, I know. But the outcome is probably the same or nearly the same."

There inevitably remain question marks about his absolute pace on track until it is proven, as well as the level of Williams' competitiveness after the worst season in their history, but for now F1 has a heart-warming story of courage and redemption to take it into the winter after this weekend's final race in Abu Dhabi. 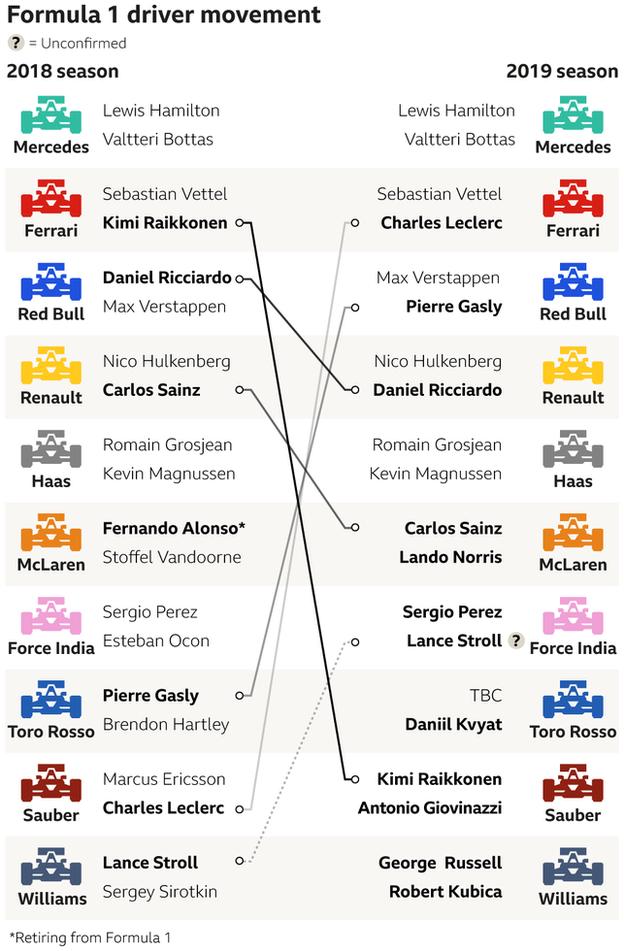