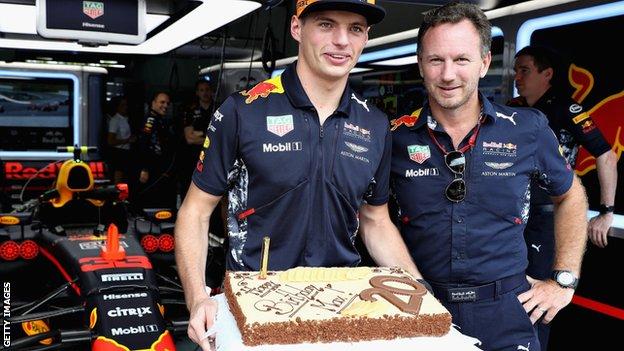 Having to work on your birthday may seem like a drag.

But for a multi-millionaire Formula 1 driver who is about to come of age, clocking in for a shift the day you turn 21 can't be a bad thing.

Red Bull's Max Verstappen will be handed the key of the door on Sunday against the backdrop of the Russian Grand Prix.

The billionaires' playground of Monaco may be more suitable for a birthday blowout F1 style, but for this momentous occasion the city of Sochi is handed the honour.

With the snow-capped Caucasus mountains on one side and the iridescent Black Sea on the other, the Sochi Autodrom is plonked in the middle of the Olympic Park, home of the 2014 Winter Olympics.

Surrounded by futuristic-looking buildings and stunning natural scenery, this circuit feels like an episode of The Jetsons and Wish You Were Here rolled into one.

As popular beach holiday resort Russian natives to flock to, a karaoke bar is must. Max and the rest of the grid could head to Abba Bar, a neon-lit drinking hole one reviewer calls "classy karaoke". Thankfully, Sweden's finest export aren't the only songs on offer to belt out after a hard day's racing.

If a chequered flag party were to take place for the young Dutchman, then Russia's premier hip-hop star, Basta, is on the bill to perform at the now obligatory post-race concert. The Singapore GP gave fans a show packed with hits courtesy of The Killers and Liam Gallagher. Basta, according to the official website, has "rhymes and punch lines that will delight the guests". Interesting...

When it comes to who dominates the action on track, there's only previously been one team in it: Mercedes. Lewis Hamilton has won twice, his former team-mate Nico Rosberg bagged another during his championship-winning season and current partner Valtteri Bottas celebrated his maiden win in Formula 1 over a year ago in Sochi.

A special guest was on hand to congratulate the Finn on his first ever victory in 2017 - Vladimir Putin. The Russian president has been a regular attendee of the event since 2014, dishing out trophies on the podium and (accidentally) being sprayed with champagne by the top three. Luckily, the Russian Federal Guard Services snipers scattered around the building's rooftops have never been called into action.

This year's contest could be a Silver Arrows affair once again, however Ferrari have had the faster car at many circuits this season.

If Verstappen was hoping for a repeat of his 20th birthday, where he dominated the Malaysian Grand Prix to claim his second career victory, then things don't look promising. Red Bull team principal Christian Horner says "Sochi will be one to forget for us", as the Dutchman will need to take an engine penalty after the problems he suffered in Singapore, with Russia the likely venue.

In fact, only three Russians have graced the track since 2010.

There are no World Championship or race winners among this trio - just the three podium finishes between them.

Short and sweet this week. Only one minute on the timer.

How many can you name?

Previously in F1: Round 15 - Singapore 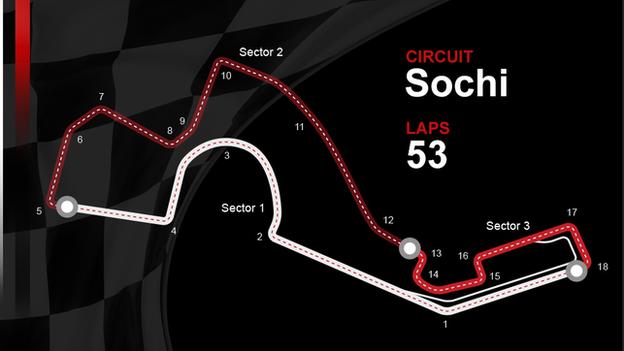