Daniel Ricciardo is leaving Red Bull at the end of the season to join Renault.

In July, Red Bull team boss Christian Horner said the Australian, who is out of contract at the end of the season, was close to signing a new deal.

Ricciardo is fifth in the drivers' championship with two wins this season.

"It was probably one of the most difficult decisions to take in my career so far, but it was time for me to take on a fresh and new challenge," said the 29-year-old.

"There is a lot ahead in order to allow Renault to reach their target of competing at the highest level but I have been impressed by their progression in only two years.

"Each time Renault has been in the sport they eventually won. I hope to be able to help them in this journey and contribute on and off track."

Horner said Red Bull "respected" Ricciardo's decision and will "continue to evaluate the numerous options available to us" for his replacement.

He added that the team were "fully focused" on the remaining nine races. 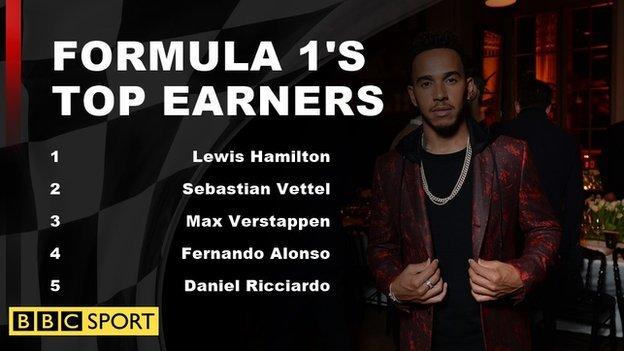 Ricciardo, who has won in China and Monaco this year, had been linked with Mercedes and Ferrari, while McLaren and Renault both held talks with him.

He has won seven races and achieved 29 podium positions for Red Bull since replacing Mark Webber in 2014.

It made the 20-year-old Dutchman the third best-paid driver in F1 behind Mercedes' Lewis Hamilton and Sebastian Vettel of Ferrari, earning more than the $25m salary McLaren pay to two-time world champion Fernando Alonso.

Ricciardo has finished ahead of Verstappen in both their seasons as team-mates.