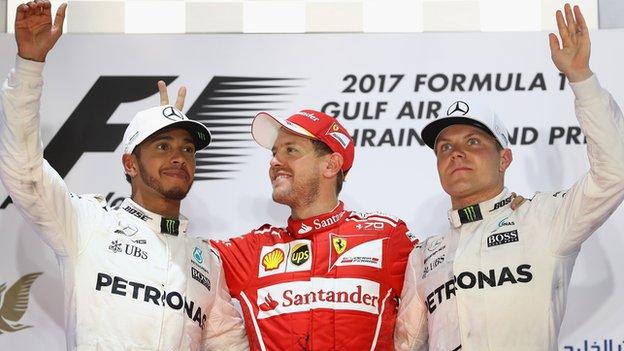 Who are your top three drivers of the season so far? Given what has happened in 2017, there's more to it than a simple glance at the title race leaderboard.

Sebastian Vettel is leader of pack after a tense win in Hungary before the break, but the German has also had his fair share of controversy - deliberately driving into Lewis Hamilton in Azerbaijan being his crowning glory so far.

Hamilton himself has notched up four wins - including a dominant victory at Silverstone - but has failed to make the podium on a further four occasions. And he has not shown the same consistency of results compared with previous seasons.

So, have a read over some past race reports... clear your mind... then pick your top three drivers from the list below. And we will let you know the results before the Belgian Grand Prix.

Top 3 drivers of the season so far

Who are your top 3 drivers of the season so far?