An interesting bunch, the Finns.

For starters, the Finnish word for computer translates as "knowledge machine", while a Finn in a bad mood would be moping around like "a bear shot in the backside".

Perhaps most pleasingly of all, a passing Finn wondering after your sanity might question whether you are in possession of "all the Moomins in the valley".

Clearly, the Finns have much they can teach us.

It is certainly the case so far as motorsport goes, particularly Formula 1.

The Nordic country may have a population of about five and a half million people, but that has not stopped them producing three world champions and - following Valtteri Bottas' maiden win at the Russian Grand Prix on 30 April - no fewer than five race winners.

Yet Finland's pre-eminence in F1 did not happen in a hurry. The arrival of the dashing Keke Rosberg on the scene in 1978 would eventually lead to Finland making a significant impact in the sport, but even he had it rough for several years.

Between 1978 and 1981, Rosberg managed just two points finishes, but a move to Williams for 1982 delivered him the world title - albeit after winning just one race all year.

Rosberg won four more races before retirement in 1986, but his influence on Finnish racing was far from over as before long he took charge of the careers of two rising young stars - JJ Lehto and Mika Hakkinen.

While Lehto's career stalled, Hakkinen's went into the stratosphere, delivering 20 race wins and two world titles before he retired in 2001 as the most successful Finnish F1 driver of all time.

And like taxis off a rank, 2001 just happened to be the cue for the next Finnish superstar to make his entrance.

Kimi Raikkonen famously arrived in F1 amid much scrutiny over his credentials, being awarded a superlicence despite having contested just 23 open-seater races.

Sixteen years later and still hugely relevant in F1, it's fair to say Raikkonen has answered his doubters.

Twenty wins and one world title in 2007 is perhaps scant return on his promise, but Raikkonen nevertheless retains cult status in the sport, built on a famed monosyllabic delivery that has made him the very epitome of the unflustered Finnish driver.

And as Raikkonen enters the twilight of his career, it would seem Valtteri Bottas - unexpectedly elevated into a race-winning Mercedes over the winter - has exactly what it takes to be Finland's F1 star for the years ahead.

So what is the secret of the Finns' continued success?

It's hard to answer this question without wading perilously deep into the waters of generalisation, but it does seem that the archetypal Finnish traits of fortitude and resilience have much to do with it.

The Finns have a word for this national characteristic - Sisu - a catch-all term dating back hundreds of years that, according to Finlandia University, describes "strength of will, determination, perseverance, and acting rationally in the face of adversity".

They add: "Sisu is not momentary courage, but the ability to sustain that courage. It is a word that cannot be fully translated. It defines the Finnish people and their character. It stands for the philosophy that what must be done will be done, regardless of cost."

That's pretty high-brow stuff. Can a shared national trait really lead to sustained success at the pinnacle of world motorsport?

Maybe. Instead, there is a more simple explanation - and who better than the straight-talking Raikkonen to give it.

Asked what makes Finnish drivers so good, he once replied: "Our roads and long winters.

"You really have to be a good driver to survive in Finland. It is always slippery and bumpy."

Ah, that must be it. 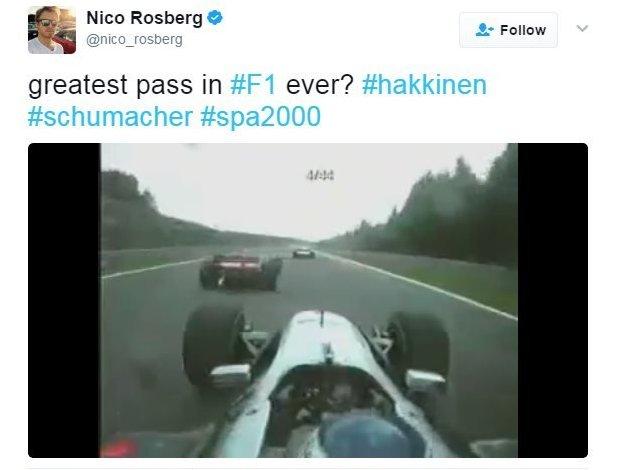 Hakkinen's pass on Michael Schumacher at the 2000 Belgian Grand Prix - executed as the pair went either side of backmarker Ricardo Zonta - is widely regarded as one of the most thrilling overtakes in F1 history.

Reigning world champion Nico Rosberg certainly seems to think so, if this tweet from last year is anything to go by.

For anyone wondering, Rosberg - son of Keke - does not make this feature as he was born in Germany, has a German mother and raced under the German flag in F1.

How big is Finland?

Finland has done incredibly well to produce a decent amount of successful Formula 1 drivers considering the size of their talent pool relative to other countries. In fact, they boast more F1 world champions per capita than any other country. 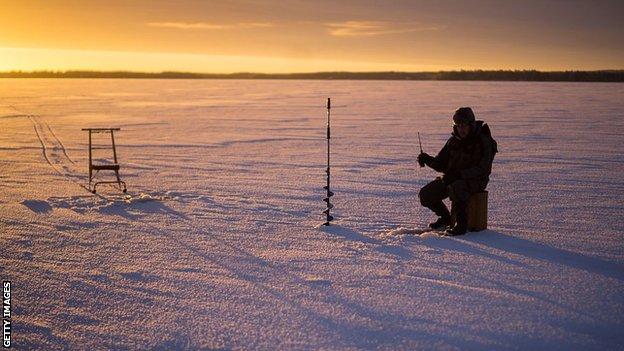 Finnish F1 drivers are treated like rock stars, although motorsport is not quite the most popular sport in Finland. That crown belongs to pesapallo - Finnish baseball.

They also love a bit of bandy, a sport that can be best described as being a bit like ice hockey.

Who is the greatest Finnish F1 driver of all time?

Bottas told 5 live his greatest Finnish driver was Mika Hakkinen. "He was special. When I was a kid he was a hero, and the motivation that kept me going to try harder.

"He was really happy after [my] win, and maybe even little bit emotional. Not normal for a Finn."