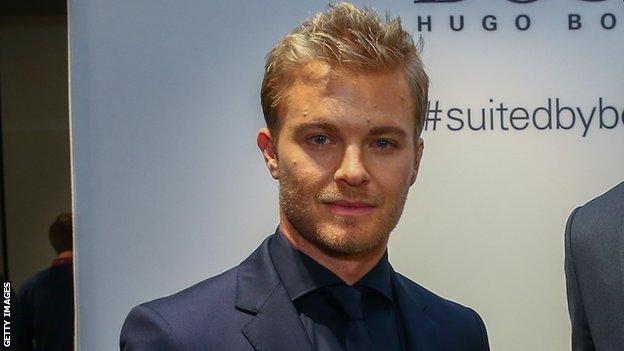 After a decade in Formula 1, Nico Rosberg is finally world champion.

He's won nine of the 21 races in 2016, beating Lewis Hamilton by five points.

The Briton had mechanical issues to contend with, most notably in Malaysia when an engine failure almost certainly cost him victory and swung the balance in Rosberg's favour.

So did Rosberg deserve to win the title? Or was it more down to Hamilton's mechanical misfortunes? We take in the views of the world of F1 and look at some of the stats that may, or may not, help you decide...

It's a tough call

BBC Sport's chief F1 reporter Andrew Benson: "Does Nico Rosberg deserve the world title? Hamilton would have won it if his car's reliability had been as good as Rosberg's. Hamilton has 12 poles, Rosberg eight. Hamilton's average qualifying advantage is 0.14secs. In races where they have been able to compete, Hamilton has come out on top 11 times and Rosberg six. On the other hand, a driver can only do the best he can with what he has. Hamilton performed badly in Baku and Singapore; Rosberg has had his best ever season but he, too, had his shaky afternoons. You could argue about it all night long."

Yes, he's proven his worth

BBC Radio 5 live pitlane reporter Jennie Gow: "Rosberg is the 2016 F1 champion and deservedly so. At the end of 2014 when he lost the title to Lewis Hamilton it must have been heartbreaking. To come back from that, incredibly difficult… then again in 2015 he had to pick himself up and come back again. I think many would have walked away acknowledging the fact that they couldn't beat the better man.

"Not so for Rosberg, he's come back again and proved that he can beat Hamilton. His perseverance is remarkable and for me, that resilience alone makes him a worthy champ."

No, he's not at the top level

BBC Radio 5 live commentator Jack Nicholls: "In their three previous years as team-mates Hamilton has comfortably beaten Rosberg, and it's been the same story in 2016.

The Singapore Grand Prix was the closest he came to a champion's drive, but Monaco was the opposite, a drive that proved he is not in the same league as the likes of Hamilton and Daniel Ricciardo.

He is an incredibly talented racing driver, but one of the elite in our sport, the best driver this season and a worthy world champion? Not for me."

Yes, mechanical problems are part of the sport

Red Bull driver Max Verstappen: "Of course Lewis had some bad luck, but Nico has had some very strong races, too. That is racing - it is a mechanical sport - and these things can happen.

"This year, definitely compared to last year, Nico really stepped up and he has some great results. He deserves it. He is fired up because Lewis won the world championship twice, and he finished second and that is not nice. So, you always try to work harder in the winter and become stronger and even better."

BBC Radio 5 live commentator Tom Clarkson: "Formula 1 doesn't always reward the fastest driver. But rather than this being a flaw, the sport's complexities are what make it so fascinating.

"You have the car: 11,000 parts; you have the team: 1,000 people; you have the sponsors: $400m a year for a top team, and you have the drivers. To maximise all of these different areas is a huge challenge and Rosberg has been the glue that's held it all together at Mercedes in 2016.

"True, Hamilton's had his technical problems. But Rosberg's maximised his opportunities and what more can you ask of a racing driver? His feedback is "probably the best in F1", according to his engineer; his fluency in six languages has made him a sponsor's dream; his ability to compartmentalise each GP has helped his consistency and his eight pole positions prove that he's been more than fast enough.

Yes, some brilliant performances this season

BBC Sport's F1 live text commentator Gary Rose: "Ultimately the stats speak for themselves. Rosberg has won nine races this season, and 12 of the 25 since losing out on the 2015 title to Hamilton in Austin.

"To bounce back from that low in such impressive fashion means, for me, he deserves a world title. Yes, Hamilton has had his issues but Rosberg is not the first driver, nor will he be the last, to have his title bid boosted by his closest rival's misfortune.

"He's closed out his wins professionally and produced some brilliant performances along the way - notably his pole laps in Germany and Singapore - where Hamilton simply had no answer."

A past champions' views

Damon Hill, the 1996 world champion, told Sky Sports: "Since the pain of defeat in Austin we all saw a changed person in Nico. Some of his drives have been impeccable."

Four-time world champion, Frenchman Alain Prost, who had an intense rivalry with Brazil's three-time winner Ayrton Senna during his career, said: "For the last three or four seasons he's been competing with one of the best drivers ever in F1 so he deserves what he's done today.

"Psychologically, when everyone says day after day - the media, the public - the perception that Lewis is very much better, it is not that easy to fight against someone considered better than you. So he deserves it."