Mercedes' Nico Rosberg says drivers may struggle in the heat and humidity of Singapore this weekend, describing the race as "one of the most difficult of the year". (Eurosport)

Britain's Jolyon Palmer says he is "still in the mix" for a seat at Renault next season. (Daily Mail)

Former McLaren team principal Martin Whitmarsh is one of the leading contenders to take on some of Bernie Ecclestone's responsibilities when the 85-year-old leaves. (Daily Telegraph)

McLaren driver Jenson Button could race in Rallycross or Japan's Super GT series in 2017 when he takes a break from F1. (ESPN)

Button has also promised that when he does return from his one-year sabbatical it will be as the "fittest driver ever". (Daily Mail)

Computer anti-virus chief Alexander Moiseev believes F1 teams without the right software "have a perfect home and put no locks on the door" as he warned against the growing threat of cyber attacks from hackers.(Motorsport)

McLaren driver Fernando Alonso says the team need to make a "bigger step over the winter" if they are to are to become a force in F1 again. (Crash.net)

Renault's dyno testing of its 2017 power unit is delivering some encouraging results as it eyes a step forward in form next year. (Motorsport)

Nico Rosberg believes autonomous cars racing each other would represent "the end of racing" with the Mercedes driver adamant the human competition element is a huge part of the sport's appeal. (James Allen F1)

British driver Jolyon Palmer admits he has struggled to show his real talent in his debut F1 campaign with Renault because of an underperforming car. (PlanetF1)

Williams development driver Lance Stroll, 17, admits he is feeling the "pressure" of speculation linking him with the F1 race seat for 2017.(GrandPrix.com)

F1 boss Bernie Ecclestone claims Frenchman Alain Prost is the greatest F1 driver of all time after he named him ahead of seven-time champion Michael Schumacher and Ayrton Senna. (Autoweek)

Rubens Barrichello thinks a season-long sabbatical could benefit fellow driver Jenson Button if he returns to racing in 2018.(Motorsport)

Red Bull team principal Christian Horner says the whole factory is focused on development of its 2017 car, but there will still be a few minor updates to come in the remainder of this season. (Autosport)

The forthcoming Singapore Grand Prix will see some drivers lose three kilograms in bodyweight due to the physical nature of the circuit and the country's oppressive heat.(F1 Today)

McLaren will not stop developing their 2016 car despite regulations changing significantly at the beginning of next season, their racing director Eric Boullier says. (Motorsport)

Sauber's 2017 driver line-up will be selected because of talent and not financial backing, team principal Monisha Kaltenborn says. (Motorsport)

Indonesian driver Rio Haryanto, 23, who was dropped by Manor earlier this season, has received new financial backing as he bids for a 2017 seat. (Autosport)

Williams' 17-year-old Canadian development driver Lance Stroll has secured enough super licence points to be able to race in F1 next season. A promotion to the Williams senior team is rumoured. (Motorsport) 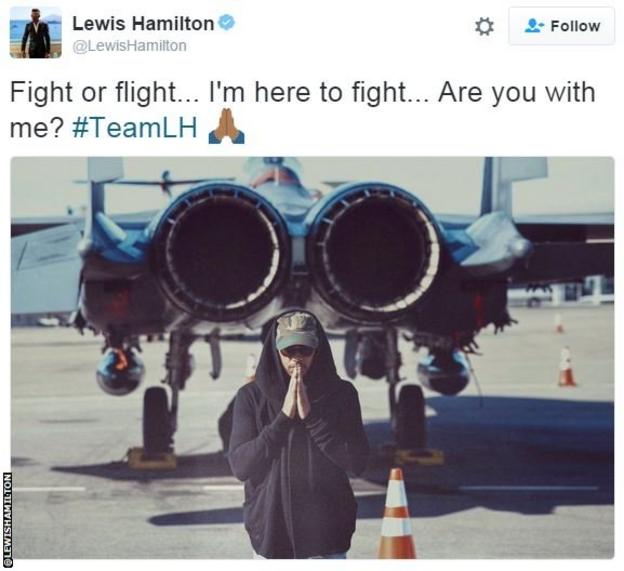 McLaren's Jenson Button says that he believes Lewis Hamilton will see off the challenge of Mercedes team-mate Nico Rosberg to win this year's world championship. (F1i.com)

Sergio Perez believes Force India's best-ever season in Formula 1 is being helped by a "lack of politics" at the team. (Motorsport.com)

Williams' technical director Pat Symonds has revealed that Red Bull have been key architects in the design for how their 2017 cars will look. (F1 Today)

Meanwhile, Williams' Formula 1 deputy team principal Claire Williams says she "would have loved" to have signed Button for the 2017 season before the Briton signed a new deal with McLaren. (NBC Sports)

Renault have revealed that they intend to re-use the engine that was in Kevin Magnussen's car when he suffered a high-speed accident at last month's Belgian Grand Prix. (F1i.com)

Magnussen's Renault team-mate Jolyon Palmer says he is "in the zone" ahead of this weekend's Singapore Grand Prix. (Crash.net)