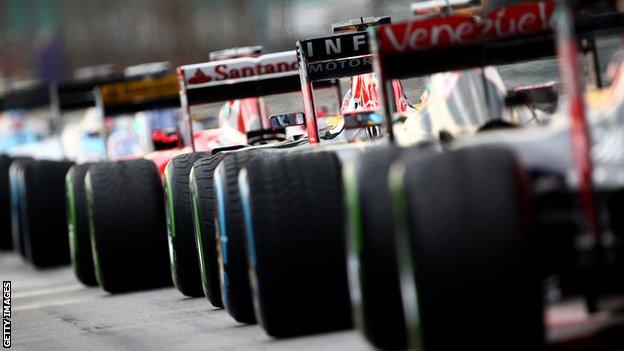 Andrew Benson's assessment: Can Mercedes be stopped in the third season of the turbo-hybrid formula? It will take something very special. A team with great strength in depth, a standard-setting engine and a very strong driver line-up - some would say the strongest on the grid - add up to a formidable combination.

Andrew Benson's assessment: Can Ferrari finally get back to properly competitive form in 2016? It's been a long time. They have not had a car of that quality for eight years, and last year there was still a sizeable gap to close to Mercedes. Not for the first time, they are promising big. Delivering, though, has proved a different matter so far.

Andrew Benson's assessment: Third in the constructors' championship on Williams' budget amounts to a triumph. But a Mercedes engine in the back gives them a sizeable leg-up. Williams still have a way to go to get back to the front, both in car design and operationally.

Andrew Benson's assessment: Red Bull's excellence as a team and chassis-design group remains arguably unsurpassed. But questionable management decisions have left them in the engine wilderness. And for all their politicking, fixing that won't be easy.

Andrew Benson's assessment: Like Williams, Force India punched above their weight in 2015, making good use of the best engine in the sport and building after a shaky start into solid top-10 - and occasional podium - contenders. Expect more of the same this year - without the wobbly beginning probably.

Andrew Benson's assessment: Could be a real force this year, with an update of last year's very impressive chassis now mated to a Ferrari engine. No matter that it's a 2015-spec Ferrari, it will be a major step up in terms of both power and reliability over last year's Renault - and probably this year's too.

Andrew Benson's assessment: The cliches are true: solid, dependable, unexciting. That's Sauber through and through. On a better financial footing at last, thanks to two well-backed pay-drivers. But more midfield anonymity beckons.

Andrew Benson's assessment: This year can't be any worse than last, can it? That depends on whether Honda really has found the solution to its engine woes. If it has, a quantum step forward is possible. If they haven't? Well, with two of F1's greatest drivers in no mood for another season at the back, armageddon could await.

Andrew Benson's assessment: A protracted buy-out of Lotus not-long completed, a hacked-together car and an engine still short of performance, Renault's return to F1 will initially be difficult, have no doubt about that. Long-term, though, few expect they won't emerge as a major player.

Andrew Benson's assessment:Some clever deal-making has resulted in Mercedes engines and a technical partnership with Williams, whose rear end Manor will use. In theory, Manor should be set for a major step up. But it would be wrong to expect too much, so far off the pace were they in 2015.

Andrew Benson's assessment:No new team has ever started with this many advantages. Effectively a Ferrari 'B' team, running as many parts as possible bought from Ferrari, on a car designed in Ferrari's wind tunnel. Haas's links with Maranello are so close the rules have had to be clarified to stop it happening again. Their target is to score points. Given the charmed gestation, the bigger surprise would be if they don't.