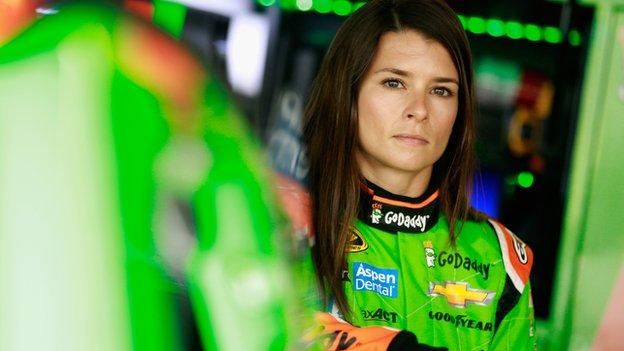 The American Haas team have effectively ruled out signing US female racer Danica Patrick for their debut Formula 1 season next year.

But team principal Gunther Steiner said Patrick, who has won an IndyCar race, was "happy" racing in the American Nascar stock-car racing series.

"This would be a gamble and I don't know if she is ready," Steiner said.

Patrick would in any case not meet the qualifying criteria to earn an F1 driver's 'super licence'.

Haas are basing their new programme on a technical partnership with Ferrari, from whom they are buying as many parts as is allowed under the F1 regulations.

The only parts of the car they have to design themselves are the monocoque and the aerodynamic surfaces.

Haas said the team were looking at "a number" of drivers but refused to be drawn on their identity.

Among the names linked to the team are former F1 racers Esteban Gutierrez and Jean-Eric Vergne, who are Ferrari's reserve and development drivers this season after failing to find a race seat.