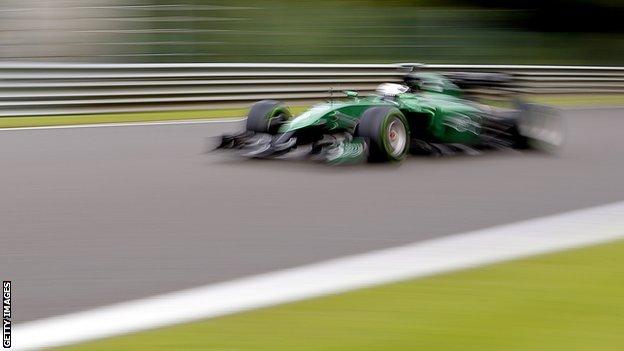 A group of ex-Caterham employees have issued employment tribunal proceedings against the team claiming unfair dismissal, their lawyer says.

The 38 staff were dismissed in July by new owners after a Swiss-Middle Eastern consortium bought the team from founder Tony Fernandes.

A Caterham spokesman said talks were continuing over the issue.

"We are not not aware of any court claim being lodged today," said the spokesman.

"There are on-going negotiations out of court in order to solve this issue. The team doesn't have any further comments."

Felton said that the High Court proceedings were necessary because some of the claims were larger than the maximum amounts an employment tribunal could award in damages.

Felton said the former Caterham staff had not been paid their July salaries and had been no response to a letter from 25 July which invited a settlement.

"The hope is that Caterham will enter into a constructive discussion with the employees and their legal representatives so this matter can be resolved swiftly and amicably," he said.

Caterham's new owners have launched a cost-cutting programme since they took charge of the team, who are 11th and last in the constructors' championship with seven races remaining.

They replaced Japanese driver Kamui Kobayashi with German endurance racer Andre Lotterer for last weekend's Belgian Grand Prix and have indicated that further driver changes could be on the way.