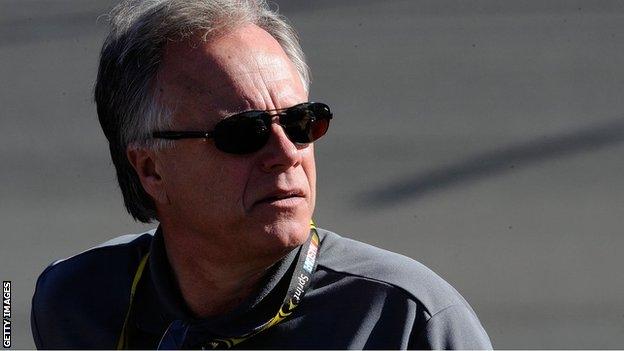 The United States is to have a team on the Formula 1 starting grid from 2015 after the FIA accepted an entry from Nascar's Gene Haas.

It follows an indication from chief executive Bernie Ecclestone earlier this month that two new teams are likely to start next season.

Haas has been accepted following a period of due diligence.

"It's a challenge we embrace as we work to put cars on the grid."

Haas forms one half of the Stewart-Haas Racing team based in Kannapolis, North Carolina.

He also owns factory facilities in Brussels, which are likely to be key for a European base.

The US last tried to get a team on the grid in 2010 at a time when F1 was seeking significant expansion, only for the plans to fail to come to fruition.