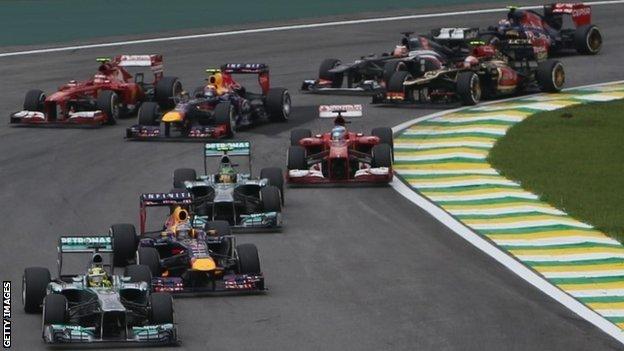 The FIA has invited potential new teams capable of racing "at a competitive level" to express their interest in joining Formula 1 from 2015 or 2016.

The fact that the FIA has opened "a new selection process to identify a candidate team to participate" in Formula 1 suggests at the very least that there is one. After all, if not, why bother?

Who it might be is a tougher question. It is well known that money is in short supply in F1 at the moment, with several teams struggling even to survive. If sponsors are tough to source for a team that already exists, how difficult is it going to be for a new team to get off the ground?

The recent history of new teams in F1 is not exactly stellar. Four successfully applied the last time such a process was started - albeit under the false pretences of a £40m budget cap that did not happen.

One never made it to the grid, one collapsed after three dire seasons and while the other two still exist in the form of Caterham and Marussia, neither have scored a point in four years.

All of which suggests the mooted new teams - if there are any - may be from car manufacturers. Might Toyota, who quit in 2009, fancy another crack now arch-rival Honda is returning as an engine supplier with McLaren in 2015?

Spanish team Hispania became HRT and folded at the end of 2012.

"The overall long­ term interests of the championship will determine which candidates are selected," said the FIA.

"In the event that no applicant is considered suitable by both the FIA and the commercial rights holder, no additional team will be selected."

The FIA will be keen to avoid the scenario of 2010, when US F1 - one of four teams granted a spot on the grid - failed to make it to the start line.

The World Motor Sport Council subsequently fined the American-based team and banned the outfit from participating in any FIA championship as punishment for its failure to present a car to take part in the 2010 season.

Virgin Racing and Lotus Racing are the only two of the initial four still racing, but they are now known as Marussia and Caterham respectively. Neither have scored a point.

Prospective new team owners will need to supply details of the identity of all shareholders and ultimate beneficial owner of all the shares.

Information on the candidate's relevant experience and capabilities, including technical experience, racing experience, facilities, equipment and engineering resources will also be required.

Aside from HRT, Caterham and Marussia, only two other teams - Toyota and Super Aguri - have entered the sport since 2002, amid the high costs of running an outfit.

However, earlier this week the FIA announced the adoption of a cost cap - details of which are still to be finalised - from 2015.