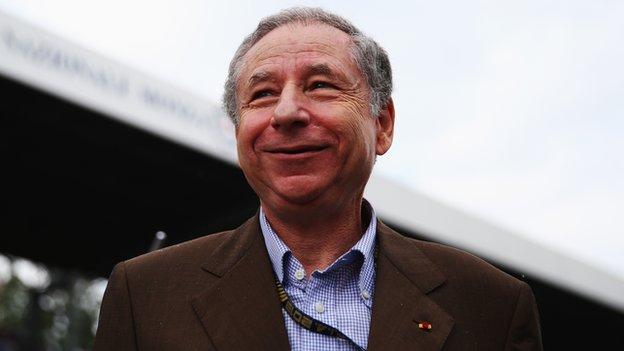 Jean Todt has been re-elected as president of motorsport's governing body, the Federation Internationale de l'Automobile.

The Frenchman, 67, was unopposed after opponent David Ward withdrew from the FIA election last month after failing to attract the necessary support.

The FIA also represents international motorists as an umbrella group of motoring organisations.

Todt saw off opposition from F1 commercial boss Bernie Ecclestone to introduce a new engine formula which will see 1.6-litre turbo-charged V6 engines with extensive energy recovery replace the 2.4-litre naturally aspirated V8s that have been used in F1 since 2006.

Critics of the new formula say the turbo engines, which have required tens of millions of pounds worth of investment from the three car companies involved in F1, are too expensive and have driven up costs at a time of financial crisis for many of the teams.