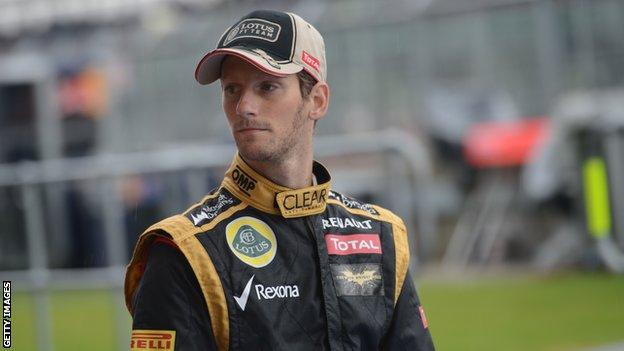 Romain Grosjean accepts he made a "stupid mistake" in hitting Mark Webber's Red Bull in Japan but wants to move on from the incident and focus on this weekend's Korean Grand Prix.

The Lotus driver, 26, hit Webber at the start of the Japanese GP, sending the Australian to the back of the field.

"It was a stupid mistake," Grosjean told the official Formula 1 website.

"Mark came to see me after the race and was obviously not happy, but I apologised and we have to move on."

In his 14 races this season, the Frenchman has been involved in eight incidents, seven of those coming on the first lap.

He sat out the Italian Grand Prix as he served a one-race ban for causing a collision at the start of the Belgian Grand Prix.

Lotus team principal Eric Boullier said he felt Grosjean had learned an important lesson because of the ban.

He enjoyed a solid seventh-place finish in his first race back in Singapore, before the incident in Japan.

"Since Singapore, I've been trying to be really cautious at the starts and it's been frustrating to be involved in an incident in Japan," he said.

"I've sat down and looked at things again with the team - for sure it's still an area we need to improve."