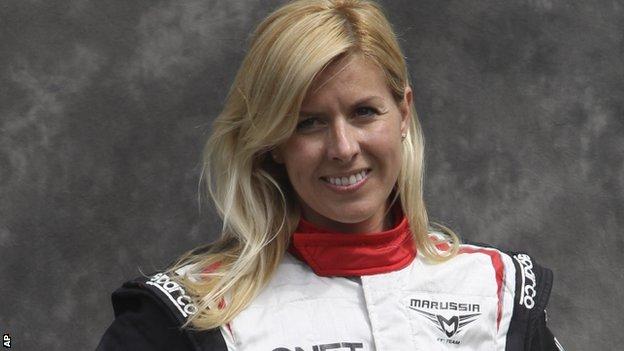 The 32-year-old while testing and had two operations in hospital, losing her right eye.

A team statement said: "Despite severe injuries, Maria's recovery has been remarkable.

"Her family remain by her side and she is communicating freely with them and the medical team."

De Villota was moved out of the neurological critical care unit at Addenbrooke's Hospital on Monday.

The statement said: "By Sunday morning, Maria was awake and able to speak to her family, which provided a very important - albeit early - indication that there were positive signs for Maria's recovery.

"Since that time, Maria has been making small but significant steps. She is no longer receiving sedation.

De Villota sustained her injuries after her car "suddenly accelerated" into the back of the support lorry, according to witnesses.

BBC Radio Cambridgeshire presenter Chris Mann, who saw the accident, said: "The top of her car and her helmet seemed to take the brunt of it.