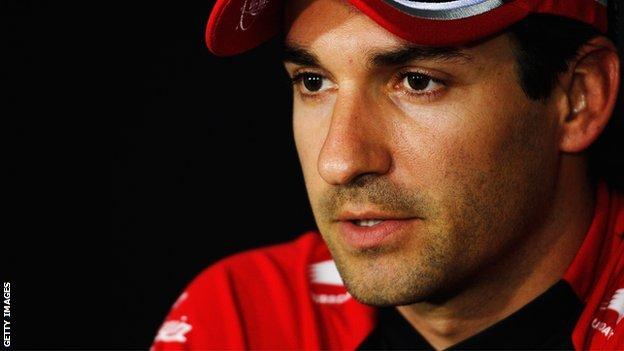 Marussia driver Timo Glock has pulled out of the European Grand Prix.

The German missed Saturday qualifying with a stomach complaint after a likely intestinal infection was diagnosed.

"He has been advised that it would be unwise for him to race given the severity of the complaint and that he should focus instead on recuperating," the team said in a statement.

The decision means there will be only one Marussia, driven by Frenchman Charles Pic, in Sunday's Valencia race.

Marussia do not have an official reserve driver, but the team's president and sporting director Graeme Lowdon said: "We have no problem getting access to a reserve driver - there are various arrangements in place for this and all the other races.

"At no point was there a reserve driver decision to be made this weekend; the only choice was to get Timo into the race."

The team's test driver, Spaniard Maria De Villota, does not have an F1 superlicence that would allow her to drive in a grand prix.