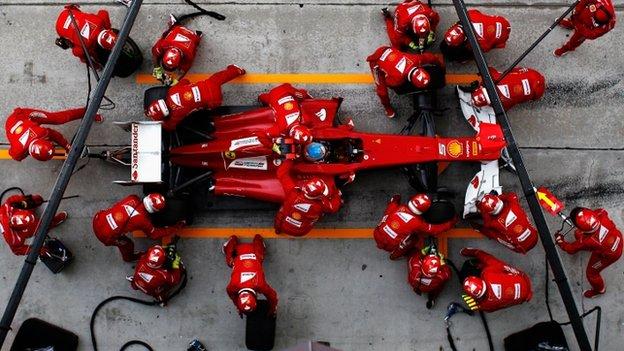 Fernando Alonso did a great job to win the Malaysian Grand Prix for Ferrari. He was quick in all conditions, in the wet and in the dry.

It was a fantastic drive - and it just shows the level of Alonso's talent.

The Ferrari is not a good car but the damp conditions meant its weaknesses were not as exposed as they are in the dry.

Alonso made the win from laps 16 to 30, when he pulled away from everyone else on the intermediate tyres after the safety car had pulled off to restart the race.

His pace in those laps was quite phenomenal.

The Ferrari is not a good car, as everyone in F1 knows, but the damp conditions meant its weaknesses were not as exposed as they are in the dry because the forces through the car are not as great.

It backs up my theory that there is a problem with the front end of the Ferrari, that it cannot cope with lateral forces in corners because the front-tyre contact patch is moving around.

Sergio Perez also did a fantastic job in the Sauber to finish second.

He was on good form throughout the race and just lost out on winning when he made a little mistake and caught the car on the kerbs.

There will be a lot of conspiracy theories about what happened, given that Ferrari supply Sauber's engines.

But Perez could easily have cruised around behind Alonso if he had wanted to just hang on to second place, so I think it was a genuine mistake.

Even after that, Perez was still pushing on, which is the best thing a driver can do, because it is very easy to lose concentration and make a mistake if you try to back off and cruise to the finish.

We have always known Perez is good - but on Sunday he proved he is potentially a star of the future.

McLaren just seemed to drop away after another really strong performance in qualifying.

Lewis Hamilton just did not seem to have the pace, which is unusual for him in wet conditions, while, after one very fast lap after fitting intermediate tyres, Jenson Button lost tyre temperature and struggled.

McLaren run their car very stiff, so it responds to high-grip situations and loads the tyres very well in dry conditions, but when it is low grip it struggles.

Red Bull are back in the pack after two seasons with a dominant car.

Mark Webber produced a few fast laps at various points in the race, so the car clearly has good downforce levels, but by no means have they got anywhere near the relative performance they are used to.

That is going to be a bit worrying for them because it is tough to play catch-up. You are trying to get your car to your rivals' level and overtake them, so you have to develop at a faster pace than the teams in front of you.

There will be a little bit of head-scratching at Red Bull as to why they have found themselves in that situation.

In practice in Malaysia, chief technical officer Adrian Newey was paying close attention to the car, looking at a little gap that was between two parts of the front wing.

It was only a millimetre or so. It would lose a little bit of efficiency, but it is very difficult to get an absolutely perfect fit between two sliding surfaces.

It shows you how pernickety it can be finding performance in an F1 car - and Newey's attention to detail.

It is the first time for more than two years that Red Bull have to get themselves out of a bit of a hole and it is going to be interesting to see their reaction.

Ferrari introduced a new front wing in Malaysia, which Alonso tested in Friday practice before it was fitted to both cars for Saturday and Sunday. 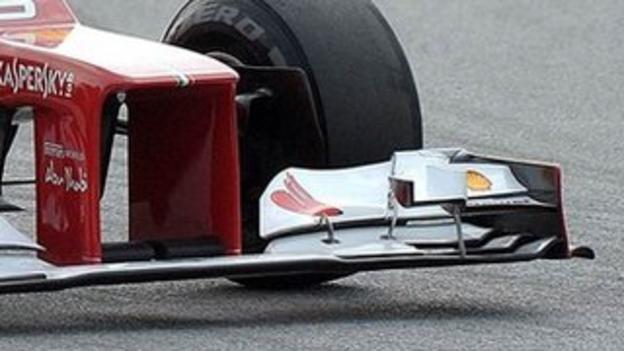 It has more slot gaps in it, creating five sections rather than four on the outside parts of the wing.

Ferrari have been struggling with a lack of front-end grip in fast corners and this wing is an attempt to find more consistent front downforce and prevent the wing from 'stalling' as much.

Personally, I think the front-wing endplates are as much of a problem as anything for Ferrari.

Teams use these to deflect as much air as possible from the front wing outside the front tyres, and Ferrari's endplates are not anywhere near as aggressive as those of most other teams.

That means they are getting a bigger percentage of air going inside the front tyres, which is disturbing the crucial airflow under the car.

It suggests something is wrong with their modelling, and that they are not getting the right results from it.

The word in the paddock is that Ferrari are developing what will effectively be a new car for the Spanish Grand Prix in May - albeit built around the same chassis as the current one.

There is talk of new rear aerodynamics, a new exhaust position, and possibly replacing the unique pull-rod suspension with more conventional push-rod.

It remains to be seen just how different it actually is.

Red Bull played around with angle of their exhaust exits on their rear bodywork - in Malaysia they were directed further away from the centre of the car than they had been in Australia. 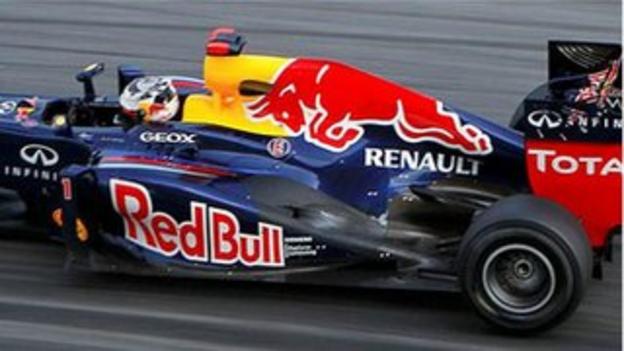 They are trying to get the exhaust down to the outside of the floor, to help it seal the area around the rear tyres, which is what blown diffusers did last year.

But it is a difficult thing to model, and it is likely they will only know its effectiveness once it is on the car - by measuring the temperature of various parts of the floor.